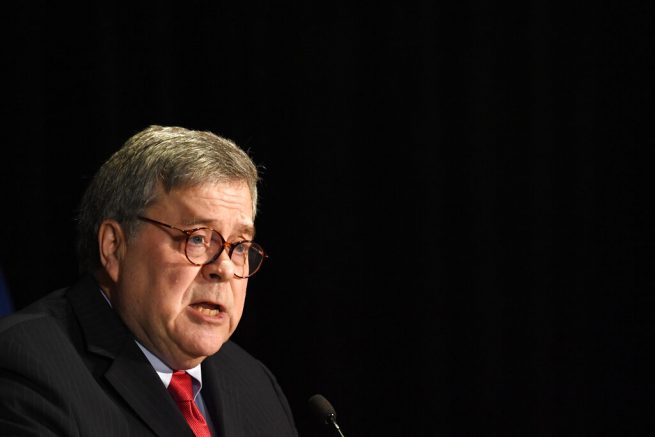 Attorney General William Barr said he thinks it’s time President Trump stops tweeting about the Justice Department. On Thursday, Barr said public statements about the people in the department and the cases it’s handling make it “impossible to do my job.”

He added it also makes it difficult to assure the courts can work with integrity.

Barr also said he’s ready for any blowback from the president.

“I will make those decisions based on what I think is the right thing to do,” stated Barr. “I’m not going to be bullied or influenced by anybody, whether it’s Congress, a newspaper editorial board, or the president.”

He added he can’t do his job with a “constant background commentary that undercuts me.”

Democrats have called on the DOJ Inspector General to investigate Barr’s decision to intervene in the sentencing of Roger Stone.