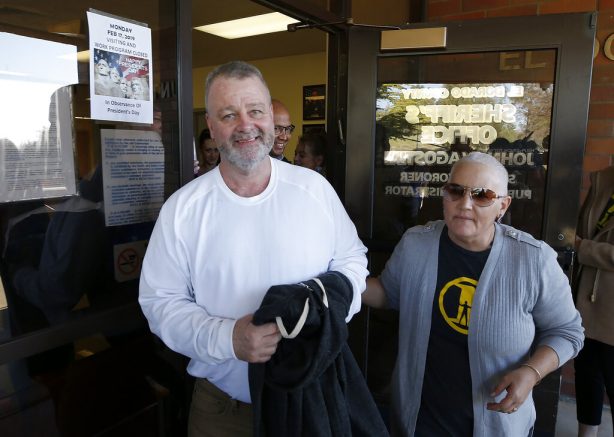 A California man has been exonerated after spending about 15 years behind bars. 54-year-old Ricky Davis was released on Thursday after a Placerville court threw out his conviction for the 1985 stabbing murder of magazine columnist Jane Hylton. According to new DNA results, Davis was not a match for the evidence found on the victim.

Davis and his then-girlfriend Connie Dahl were reportedly living with Hylton and her 13-year-old daughter at the time. On the night of the murder, Davis said he and Dahl came home from a party, where they found Hylton’s lifeless body. She was lying on the bed and covered in blood.

Davis was wrongfully convicted in 2005 after Dahl implicated him as the killer and reportedly told police she bit the victim during the attack. She served a year in county jail for the case. 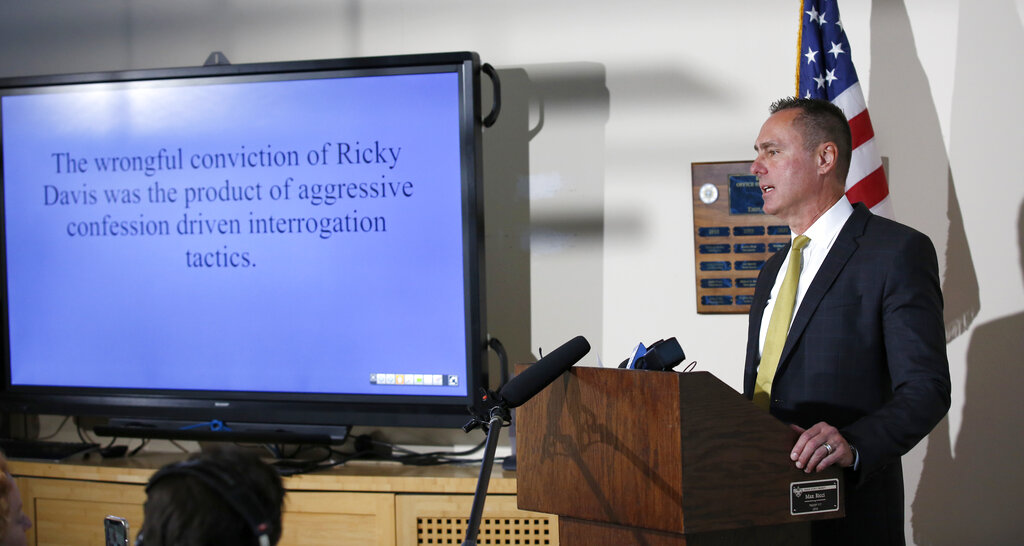 El Dorado County District Attorney Vern Pierson discusses during a news conference in Placerville, Calif., Thursday, Feb. 13, 2020, how new DNA evidence was used to help exonerate a man who spent about 15 years in prison after being wrongly convicted of killing his housemate. (AP Photo/Rich Pedroncelli)

“You know, it’s an interesting conversation,” said El Dorado District Attorney Vern Pierson. “To meet with someone, as a prosecutor, and realize that this person has, in fact, been falsely accused, convicted and incarcerated.”

Local reports said the evidence used to exonerate Davis also led to the arrest of a new suspect, who was with Hylton’s daughter on the night of the slaying.

“This is the first case in California, and only the second in this country, where investigative genetic genealogy has not only led to the freeing of an individual from prison…but the identification of the true source,” stated Sacramento County District Attorney Anne Schubert. “It freed Ricky Davis, it identified the other person.”

Reports said Davis is likely to pursue financial compensation for the years he spent in prison as an innocent man. 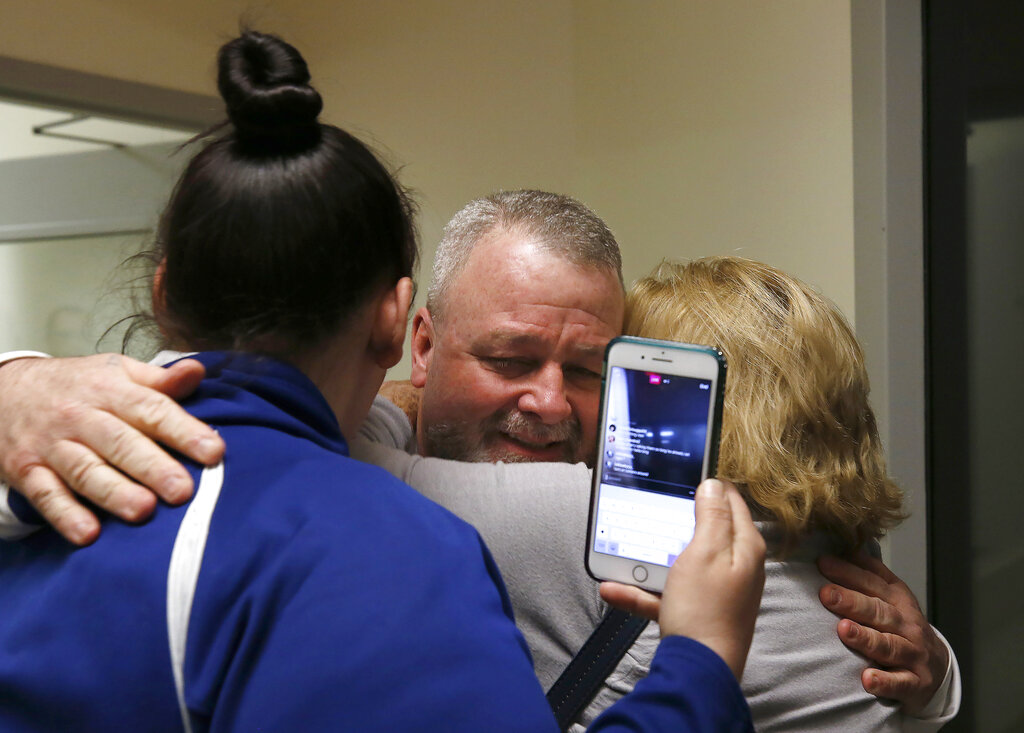 Ricky Davis, center, is hugged by his mother, Maureen Klein, right, after he was released from custody at the El Dorado County Jail in Placerville, Calif., Thursday, Feb. 13, 2020. (AP Photo/Rich Pedroncelli)