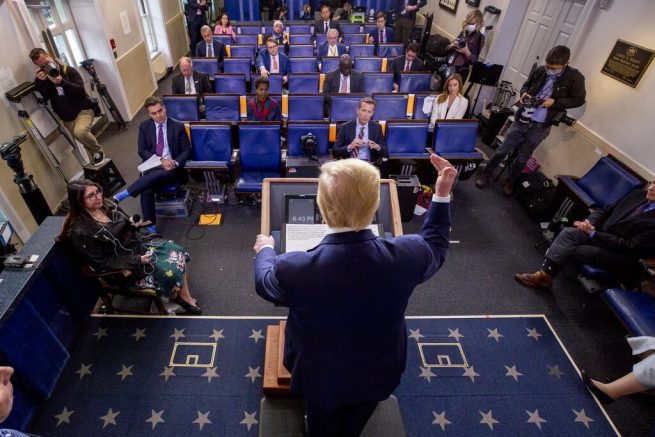 The president is looking to reopen most U.S. businesses by May 1st. This week, the Trump administration announced it wants to get most of the U.S. economy up and running again after the “deadline for strict social distancing measures” on April 30th.

“It would be nice to be able to open with a big bang and open up our country, or certainly most of our country,” said President Trump. “I think we’re going to do that soon.”

The president is expected to introduce a second coronavirus task force to organize a reopening date.

As of Thursday, more than 6 million Americans have filed for unemployment. 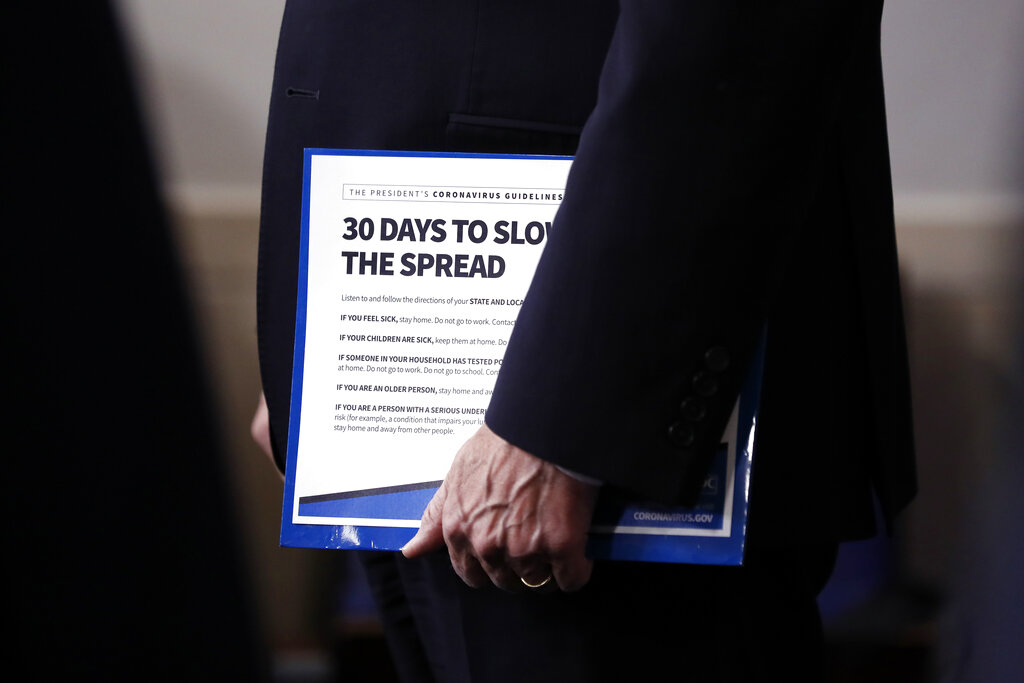 The coronavirus outbreak could reportedly push half a billion people into poverty worldwide. According to British charity Oxfam, as many as 434 million people across the globe could face rampant poverty after losing their jobs as a result of virus-related shutdowns.

The report stated quarantining has already produced mass layoffs among working-class and low-income populations. Experts have called for the immediate cancellation of $1 trillion worth of debt in developing countries.

The report also suggested these nations need at least $500 billion in financial support.

Oxfam emphasized between 6 to 8 percent of the global workforce could become unemployed this year due to virus shutdowns. The report called on the World Bank and the G20 to provide financial aid. 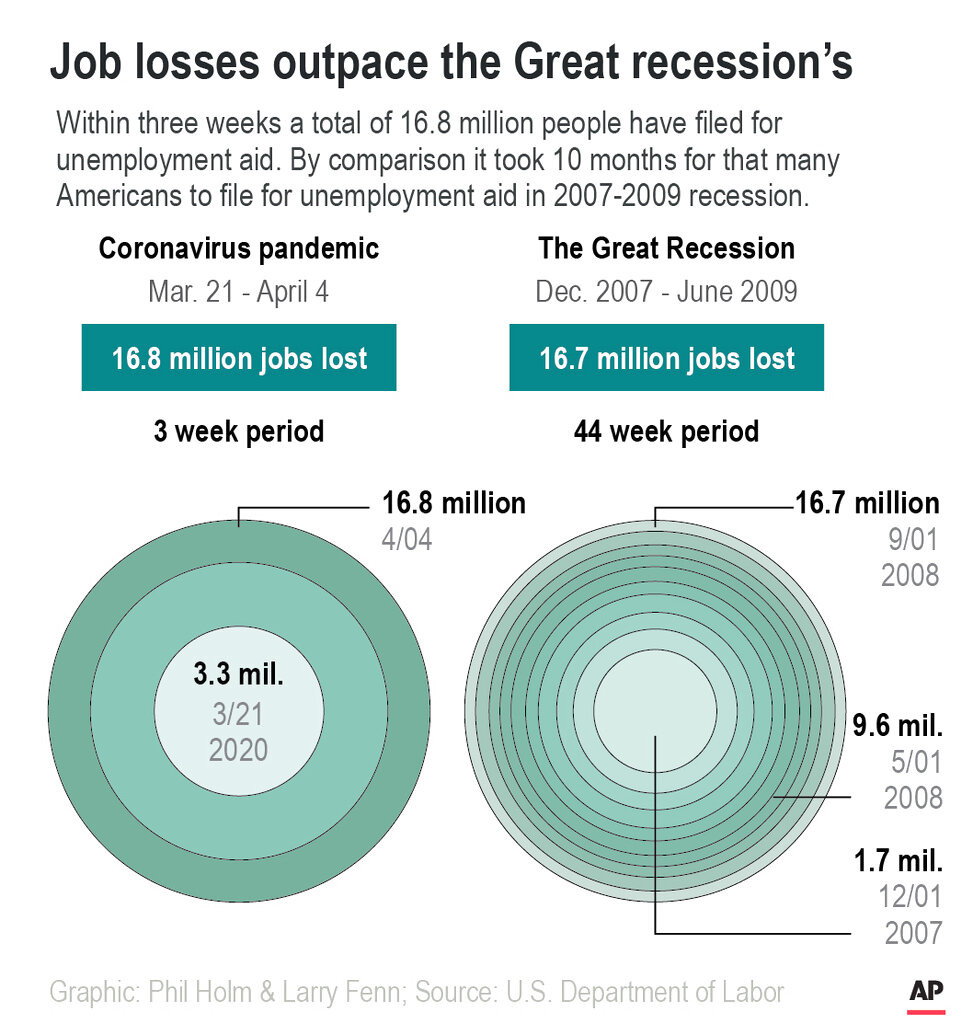 Within three weeks a total of 16.8 million people have filed for unemployment aid. (AP Photo)

Health officials expected cases will continue to rise in the next few weeks before leveling off. The number of overall cases around the world has surpassed 1.5 million, with the global death toll above 93,000.

However, the total number of recoveries continues to climb, rising above 346,000.