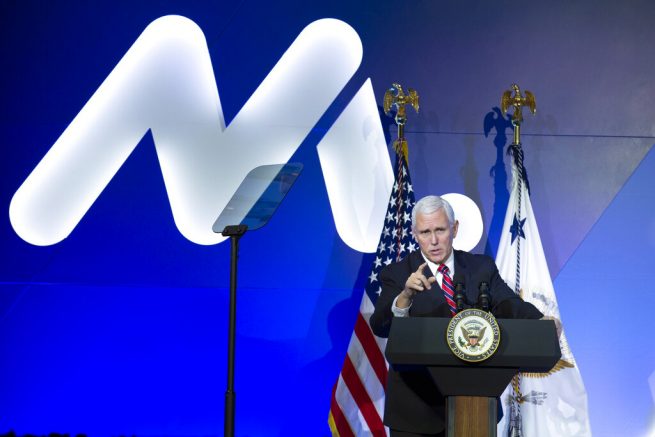 The vice president delivered remarks to the National Association of Manufacturers, where commended the president for unleashing America’s energy. On Friday, Mike Pence spoke about the Trump administration’s efforts to put American workers first.

“Under President Donald Trump’s leadership, more than 90 percent of the regulations that the National Association of Manufacturers identified as hurting American manufacturing have already been cut or simplified,” he said. “Our administration is working for American manufacturers and workers across the country!”

He also touted the president’s signing of the USMCA, which is expected to create thousands of superior jobs for American factory workers. Pence said the administration will continue to educate workers and ensure Americans have the necessary skills for the jobs these new trade deals will create.

“American manufacturing has never had a greater champion in the oval office than President Donald Trump,” stated the vice president. “We’re going to keep working every day not just earn your confidence, but to give you confidence to invest, to know that this is a president that believes in growth.”

Pence reported 3.5 million Americans have rejoined the workforce under the Trump administration. He ended by thanking the companies for their continued support of the president.