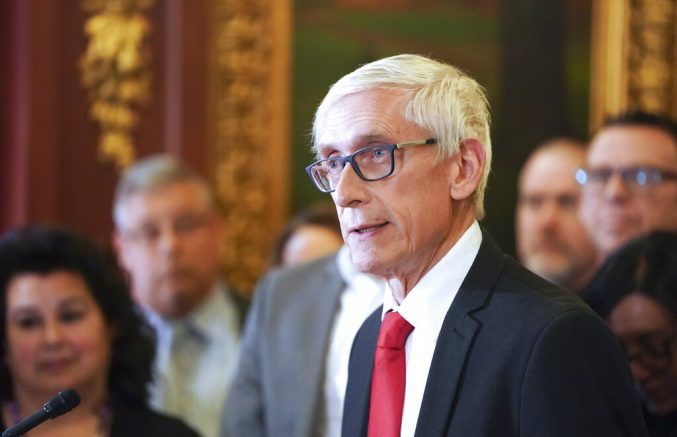 On Thursday Feb. 6, 2020 Gov. Tony Evers held a press conference to sign an executive order for a special session which called for the Republican-controlled Legislature to spend $250 million of a state budget surplus on public schools. (Steve Apps/Wisconsin State Journal via AP)

Wisconsin Gov. Tony Evers is pushing forward with a plan to establish an independent redistricting commission. The Democrat governor defended the move at the National Governors Association meeting in D.C.

The commission will be tasked with creating a map proposal for the state’s upcoming redistricting process, which happens once every 10 years following the census. The governor claimed the independent commission will create a more competitive district map than the GOP-controlled state legislature. He added this new map will be fairer for voters of both parties.

“The People’s Map Commission will visit every congressional district, hear directly from folks across our state and draw fair, impartial maps for the legislature to take up next year,” stated Evers.

However, Wisconsin Republicans have expressed doubts regarding the commission’s impartiality. According to analysts, they will probably approve a map of their own in the state legislature, which has the actual legal power to approve district maps.

This will likely be vetoed by Evers, which could result in a court battle over redistricting in the state.