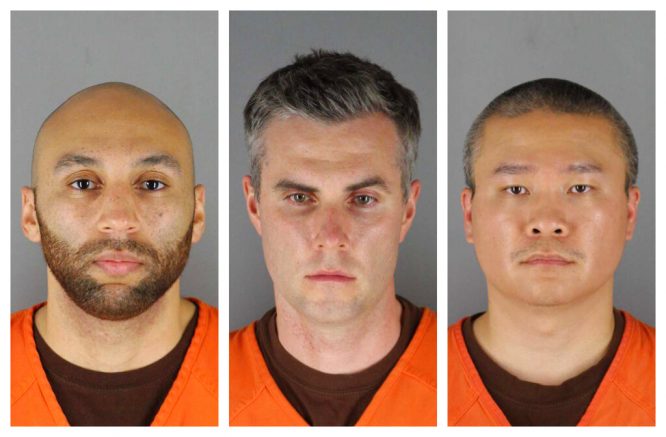 The three officers recently charged in the death of George Floyd made their first court appearance on Thursday. The bail was set at $1 million each for former Officers Thomas Lane, Tou Thao and Alexander Kueng.

All three have been charged with aiding and abetting second-degree murder and manslaughter.

No pleas were entered for the defendants, but their attorneys argued for a lower bail amount.

The judge has said they could each be released on $750,000 bond if they agree to several conditions. Those included not serving in law enforcement, turning in firearms and voiding permits, having no contact with the Floyd family and waiving extradition.

Lane, Thao and Kueng will appear back in court later this month.