A look back on memorable inaugural addresses

Joe Biden taking the oath of office as the 46th president of the United States will mark the 59th presidential inauguration in U.S. history.

As Wednesday's swearing-in of the president follows on the tails of rioting in the Capitol and the second impeachment of President Trump, past inaugurations have had their own monumental, bizarre and infamous moments.

HOW BIDEN’S INAUGURATION WILL SHAPE US HISTORY

Presidential historian Doug Wead shared with Fox News some of the most chilling and memorable. 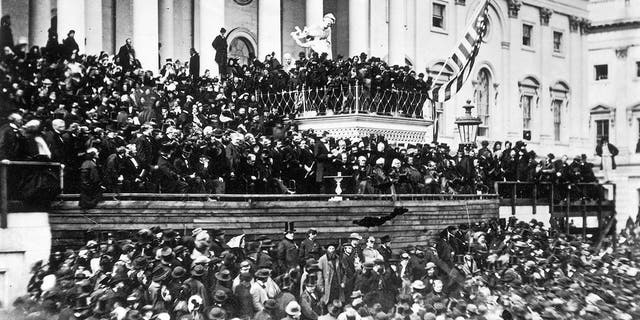 Perhaps one of the most famous addresses in history, Abraham Lincoln’s second inauguration was the first to be heavily photographed. Wead said Lincoln’s speech is believed to be the greatest ever delivered during the last brutal months of the civil war.

With malice toward none, with charity toward all

The most chilling detail about Lincoln’s inauguration may be that many historians believe his assassin, John Wilkes Booth, was present and near the inaugural stage during his address. Booth had allegedly planned to kidnap the 16th president and "exchange him for a Union agreement to conduct a prisoner swap with the Confederacy," Wead said.

LIVE UPDATES: WHAT TO KNOW AS DC LOCKS DOWN FOR BIDEN'S INAUGURATION

According to historians, Booth realized it would be much easier to assassinate Lincoln than to kidnap him. Forty-two days later, Lincoln was shot and killed at Ford’s Theatre.

On the day of his inauguration, Andrew Jackson walked to the Capitol accompanied by 15 Revolutionary War veterans with a heavy opposition already awaiting him. According to the White House Historical Association, Jackson’s supporters saw his victory as "the defeat of special privilege and corruption" in U.S. politics while his enemies considered him a "backwoods barbarian."

Jackson’s welcome to the White House as the first "outsider" president, Wead claimed, brought in a riotous crowd. After a brief swearing-in at the Capitol, supporters of the seventh president were invited to celebrate.

Alcoholic beverages in large punch bowls were served along with other refreshments, sparking an after-party so rowdy, Jackson was forced to escape from a nearby window and spend the night at a hotel. 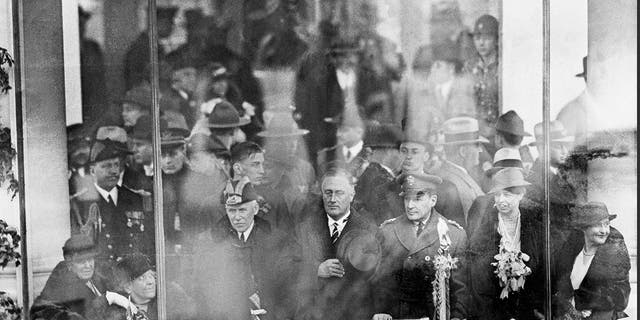 FDR’s first inaugural address is arguably one of the most notable in history. Speaking to the ongoing hardship of the Great Depression, Roosevelt famously reassured the American people, "The only thing we have to fear is fear itself."

"So first of all let me assert my firm belief that the only thing we have to fear… is fear itself… nameless, unreasoning, unjustified terror which paralyzes needed efforts to convert retreat into advance," Roosevelt said. "In every dark hour of our national life a leadership of frankness and vigor has met with that understanding and support of the people themselves which is essential to victory. I am convinced that you will again give that support to leadership in these critical days."

Roosevelt was the only president in U.S. history to be inaugurated four times, as WWII put the country in a state of emergency and the nation motioned to maintain stability with the same commander-in-chief. FDR died nearly three months into his final term in April of 1945. 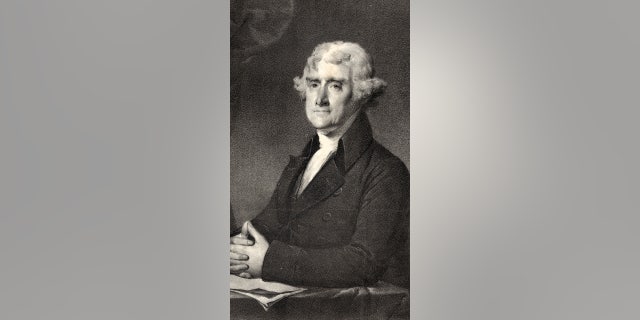 A portrait of Thomas Jefferson (iStock)

America’s third president Thomas Jefferson addressed the public in an attempt to reunite the nation, after what Wead described as a "very bitter" election campaign. His predecessor John Adams did not attend the ceremony out of anger even while Jefferson made it a point to highlight the polarization between political forces.

We are all Republicans, we are all Federalists

According to Wead, Jefferson also used his speech to defend the right of his opposition to speak out, stating "error of opinion may be tolerated where reason is left free to combat it."

"If there be any among us who would wish to dissolve this Union or to change its republican form, let them stand undisturbed as monuments of the safety with which error of opinion may be tolerated where reason is left free to combat it," he said.