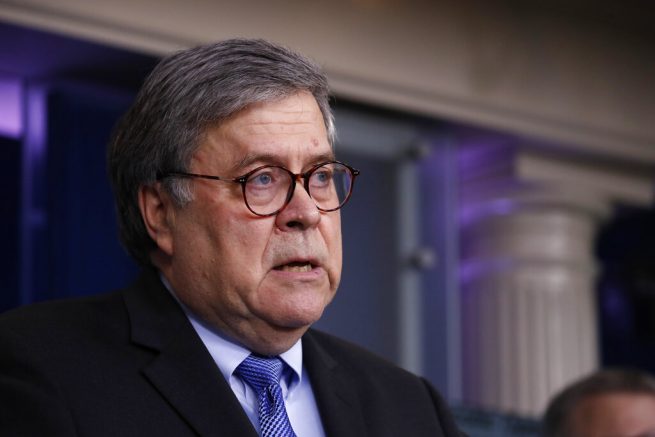 According to Attorney General William Barr, there is evidence that extremist groups across the political spectrum have been instigating violence at peaceful protests. During Thursday’s press conference with DOJ leaders, Barr confirmed there is clear evidence Antifa and other political agitators, including foreign actors, are stoking violent behavior at the protests for George Floyd.

He reiterated the Justice Department is focused on these radical elements and has already made 51 arrests for federal crimes related to the unrest. He noted the department is working with local leaders in Minneapolis and officials across the U.S. to make sure racism plays no part in law enforcement.

The attorney general also denied that President Trump’s visit to a D.C. church this week was a political act. He has said the president had every right to walk from the White House to St. John’s Church on Monday.

“I think that was entirely appropriate for him to do,” he said.

According to Barr, there was no connection between the president’s visit and law enforcement moving protesters away from the White House because those plans were made earlier in the day.

“I did not know that he was going to do that until later in the day, after our plans were well underway to move the perimeter,” explained Barr. “There was no correlation between our tactical plan of moving the perimeter out by one block and the president going over to the church.”

He has previously claimed protests have been hijacked by a “witches’ brew” of various extremist organizations.

RELATED: Barr: Floyd Protests Are Being Hijacked By Far-Left Forces, DOJ Will Enforce Rule Of Law