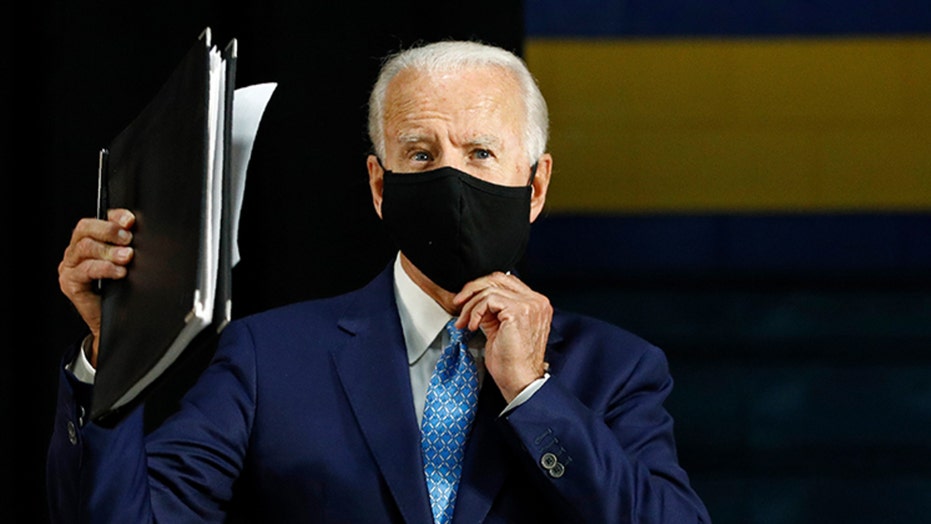 Biden on COVID-19: It seems like our wartime president has surrendered and left the battlefield

2020 presumptive nominee Joe Biden says in a press conference that the U.S. 'can't continue like this' under President Trump.

In scathing remarks, Joe Biden on Tuesday delivered a forceful rebuke of President Trump’s handling of the coronavirus pandemic, charging that the president’s steps “haven’t gotten the job done” and claiming Trump had “surrendered” and “waved white flag” in the fight against the outbreak.

The speech by the former vice president at a high school in Wilmington, Del. just miles from his home came minutes after Trump’s reelection campaign – in a pre-buttal call – accused the presumptive Democratic presidential nominee of “just making things up” in his repeated criticism of the president’s coronavirus record. And the campaign argued that “Biden has used all of his energy…as a political weapon in a cynical attempt to undermine confidence in the federal response.”

Biden’s stepped up attack on the president comes as the nation’s coronavirus death toll nears 125,000 – and as three dozen states have seen surges in reported cases the past month, forcing many of them to pause or reverse efforts to reopen an economy shut down by the outbreak.

And it came as Dr. Anthony Fauci – one of the nation’s most senior public health officials and a member of the White House coronavirus task force – warned Tuesday that he would “not be surprised” if the U.S. soon begins reporting as many as 100,000 new cases of the virus per day. 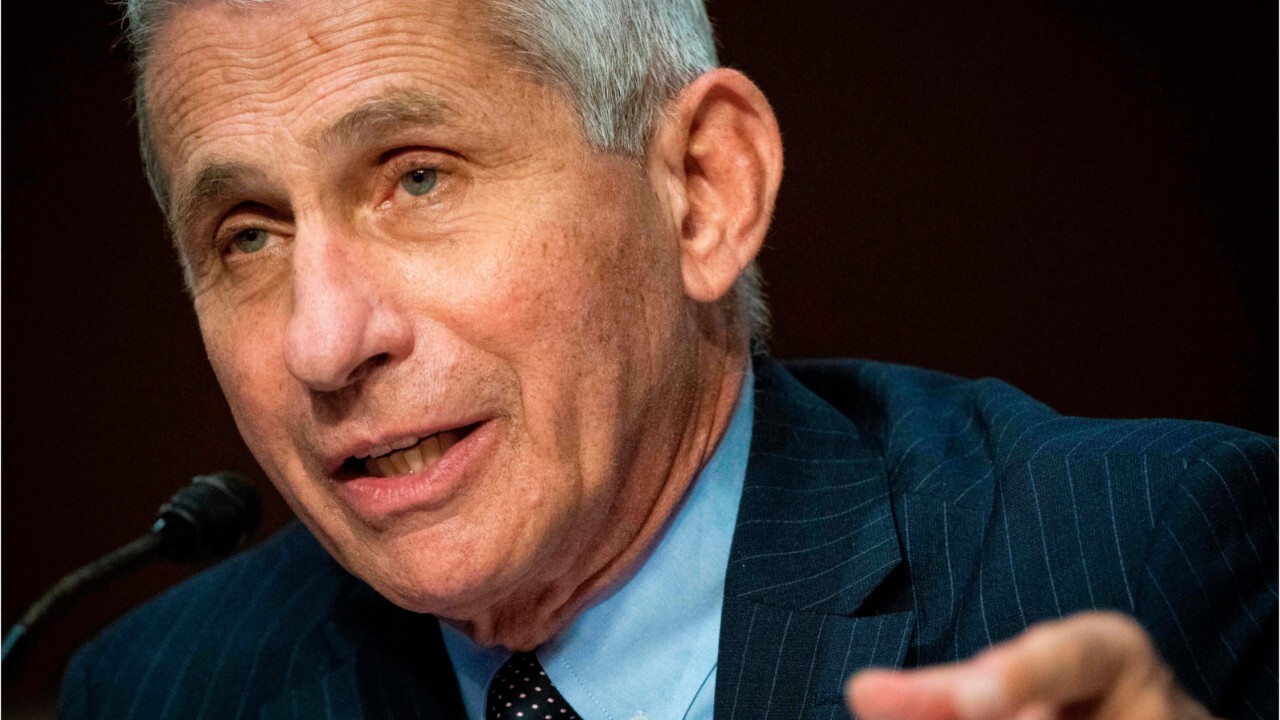 “I'm very concerned and not satisfied with what's going on because we're going in the wrong direction,” Fauci stressed during testimony in front of the Senate.

Biden, in his speech, said that if elected, “I will immediately reach out to Dr. Fauci to ask him to continue his incredible service to this country.”

After ticking through a month-by-month critique of what he emphasized was the president’s initial downplaying of the pandemic’s severity – and then what he said was Trump’s failure in steering the federal response – Biden spotlighted that “it’s almost July, and it seems like our wartime president has surrendered, waved white flag and left battlefield.”

BIDEN SAYS HE WON'T HOLD CAMPAIGN RALLIES DUE TO CORONAVIRUS

Trump in March had compared himself to a wartime president fighting the coronavirus.

“Today we’re facing a serious threat, we have to meet it,” Biden emphasized. “We can’t continue like this, half recovery and half getting worse, half wearing masks and half rejecting signs. We can’t continue, half with a plan and half just hoping for the best. We won’t defeat the virus with a piecemeal approach.”

Reiterating his own plan to tackle the pandemic – which he encouraged the president to adopt — Biden called for nationwide testing and contact tracing programs, new nationwide standards for reopening the economy, mandatory masks in public, more support for seniors and other vulnerable Americans in isolating from the virus, and ramped up production of personal protective equipment. 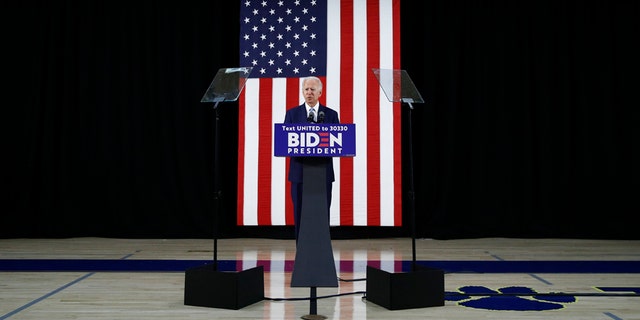 And Biden jabbed at the president for his push the past two months for states to start relaxing social distancing and other restrictions in order to jump start the economy. Many of the states who heeded the president’s advice – among them Arizona, Texas, and Florida – are now experiencing spikes in new cases.

Biden argued that “the American people don't make enormous sacrifices over the past four months so they could just waste their time, and you can waste all the efforts that they have undertaken with your midnight rantings and tweets."

The former vice president also once again spotlighted his call for Americans to wear masks in public, saying, “It may be inconvenient. It may be uncomfortable. But it's the right thing to do as an American."

Health experts have repeatedly pointed to studies that show face coverings drastically reducing transmission of the virus if they are widely used by the public.

Eighty percent of people questioned in a recent national poll by Fox News had a favorable view of mask-wearers, including 89 percent of Democrats, and 68 percent of Republicans. Forty-four percent of those polled said they approved of the job the president was doing responding to the coronavirus, with 55 percent saying they disapproved.

Asked if he’d been tested for COVID-19, the 77-year old Biden said no “for two reasons. One, I’ve had no symptoms and number two, I haven’t wanted to take anyone else’s place in the process.” But he added that he expected he would be tested “relatively soon.”

Ahead of Biden’s event, Trump campaign communications director Tim Murtaugh argued that “Biden will trot out yet again his same tired attacks on President Trump’s federal coronavirus response. Since the beginning he has done nothing but lob partisan grenades from his basement in Delaware while facing very little scrutiny for his own record.”

Murtaugh also spotlighted “13 separate false claims Joe Biden has made about the coronavirus." He asked that if Biden “had been warning everyone since January, then why did he keep campaigning normally and holding rallies into the second week of March?”

The president also held campaign events through the beginning of March.

Murtaugh – defending the president’s record on fighting the pandemic – once again highlighted Trump’s move in late January to restrict most travel from China – where the virus originated. And he criticized then-Vice President Biden’s actions during the H1N1 pandemic and the Swine Flu outbreak during Barack Obama's presidency.