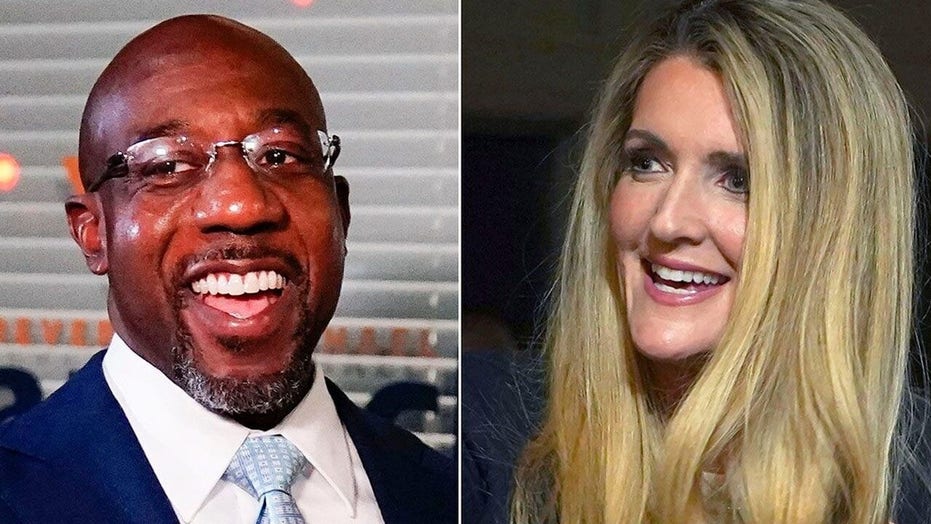 If Democrats win Senate seats there will be ‘significant shift to the left’: Deroy Murdock

With Democrats close to capturing control of both houses of Congress, President-elect Joe Biden is vowing "to get big things done for our nation."

But the president-elect is also spotlighting that even though it’s extremely likely the Democrats will hold a razor-thin majority in the Senate, to go along with their slight House majority, and also control the White House, he plans "to try to work with people in both parties" to find consensus.

Biden’s statement came Wednesday, hours after Democratic challenger Raphael Warnock was projected as the winner by Fox News, the other networks, and the AP, over Republican Sen. Kelly Loeffler in one of Georgia’s two Senate runoff elections. In the other race, Democratic challenger Jon Ossoff was narrowly leading GOP Sen. David Perdue. 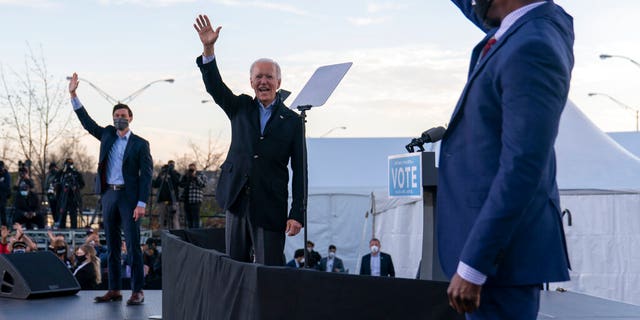 If Ossoff ends up defeating Perdue, the Senate would be split 50/50, but thanks to the tie-breaking vote of incoming Vice President Kamala Harris, the Democrats would enjoy a razor-thin majority in the chamber and Senate Democratic leader Chuck Schumer of New York could serve as majority leader.

House Democrats lost roughly a dozen seats in November’s election, but retained a slight majority, and House Speaker Nancy Pelosi on Sunday was reelected to her leadership position.

Biden, in a statement, celebrated Democratic control on Capitol Hill, but also highlighted a major theme from his presidential election – of striving to work with both parties to get things accomplished.

"It looks like we will emerge from yesterday's election with Democratic leadership in the House and the Senate," the president-elect wrote. "And of course I'm pleased that we will be able to work with Speaker Pelosi and a Majority Leader Schumer. But I’m also just as determined today as I was yesterday to try to work with people in both parties — at the federal, state, and local levels — to get big things done for our nation."

Biden highlighted that "Georgia's voters delivered a resounding message yesterday: they want action on the crises we face and they want it right now. On COVID-19, on economic relief, on climate, on racial justice, on voting rights and so much more."

But he emphasized that "they want us to move, but move together."

And he stressed that "the American people demand action and they want unity. I am more optimistic than I ever have been that we can deliver both."

The president-elect also made a push for the swift confirmation of his Cabinet nominations, saying he intends "to work with the next Majority and the Minority Leader to move forward with key Cabinet nominations even while the Georgia results are confirmed. My nominees for critical national security positions at State, Defense, Treasury, and Homeland Security have bipartisan support and have been confirmed by the Senate before. They need to be in their jobs as soon as possible after January 20th."

With the Democrats controlling the Senate, Biden’s expected to have an easier time getting his nominations passed.
Biden topped his statement by congratulating Warnock – the first Black person ever elected to the Senate from Georgia – "on his groundbreaking win" and added that "I am hopeful that when the count is complete, Jon Ossoff will also be victorious."

He also praised state and local election officials as well as "the people of Georgia, who turned out in record numbers once again, just as they did in November," when Biden narrowly edged President Trump in Georgia to become the first Democratic presidential candidate to carry the state in more than a quarter-century.

And he also complimented 2018 Democratic gubernatorial nominee Stacey Abrams and Atlanta Mayor Keisha Lance Bottoms – both of whom he considered as his running mate — as "the twin powers of Georgia…who have laid the difficult groundwork necessary to encourage turnout and protect the vote over these last years."