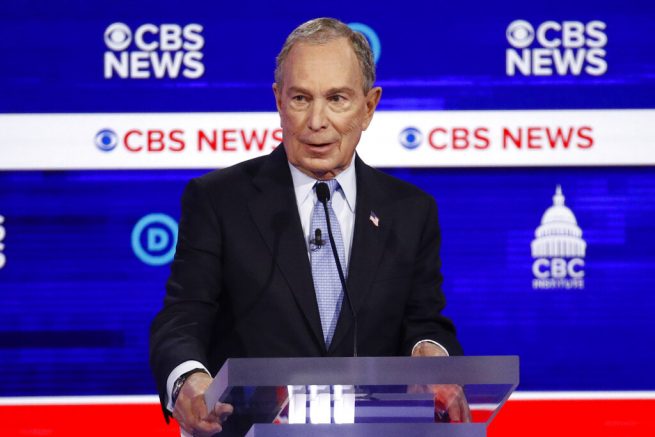 Democrat presidential candidate Michael Bloomberg made a gaffe on the debate stage by almost saying he “bought” congressional candidates.

During the Democrat presidential debate in South Carolina Tuesday, he appeared to fumble his words when expressing his influence in getting Democrats into the House. Bloomberg boasted spending more than $100 million to get 21 Democrats elected in the 2018 midterm elections. The blunder seemed to come near the end of his remarks.

Many of Bloomberg’s opponents have slammed the former New York City mayor by alleging he’s trying to buy his way through the election.

The Bloomberg campaign is waiting to see how the gaffe bodes going into the South Carolina primary on Saturday.