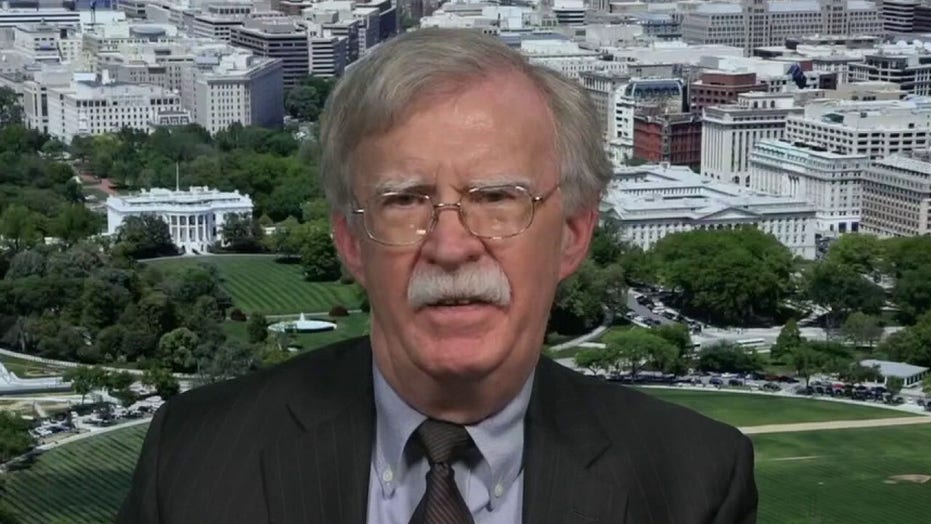 Former national security adviser John Bolton on Tuesday accused Democrats of having taken the “opportunity” of the impeachment inquiry and having driven it “straight into a ditch” by turning it into a partisan fight.

Bolton was widely criticized by Democrats for refusing to testify in the impeachment inquiry into President Trump’s actions in relation to Ukraine — only to release a book on his time in office after the trial was over, when Trump was acquitted by the Senate.

But on Tuesday he blamed Democrats for the outcome of the process, saying they’d turned it into a “partisan war.”

“It struck me that the partisan nature of the impeachment inquiry, limited in scope, very much driven by the Democratic chronology for nominating their presidential candidate, was virtually guaranteeing that this was going to be a partisan war, and that's what it turned out to be,” Bolton said in an interview at the Aspen Security Forum. “In many respects, it struck me as taking an opportunity and driving straight into a ditch with it.”

The impeachment inquiry focused on Trump’s efforts to pressure the Ukrainian president to investigate former Vice President Joe Biden’s dealings in the country.

Several officials testified to the House that Bolton was beside himself regarding the president's dealings in Ukraine.

Dr. Fiona Hill, one of several to testify to Bolton's actions during this time, relayed that Bolton said Trump’s personal attorney Rudy Giuliani was a “hand grenade,” and said he would not take part in “whatever drug deal [Ambassador Gordon] Sondland and [acting Chief of Staff Mick] Mulvaney are cooking up" in relation to Ukraine.

On Tuesday, Bolton dismissed the idea from Democrats that “impeaching the president would somehow deter him from engaging in the conduct we saw in Ukraine.”

“His conduct was in no way deterred, in fact, it was enabled,” he added.

In this interview, he was critical of his former boss, saying the best way to view Trump was “as an anomaly” and said he wouldn’t be voting for him come November.