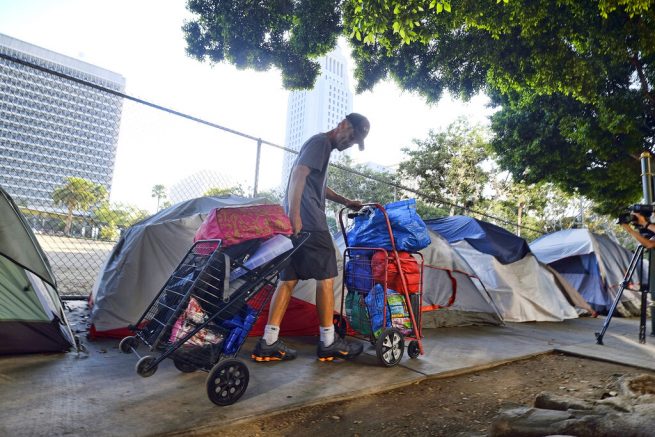 FILE – In this July 1, 2019 file photo, a homeless man moves his belongings from a street near Los Angeles City Hall, background, as crews prepared to clean the area. (AP Photo/Richard Vogel, File)

It’s called the Golden State because it doesn’t come cheap. California’s high cost of living has been forcing people to either live on the streets or in vehicles. According to new reports, more than 16,000 Los Angeles residents reported living in their cars in 2019.

“This is an unprecedented crisis in LA,” stated Los Angeles Mission President Herb Smith. “We have seen a 12 to 16 percent increase (in housing costs) in Skid Row, while we’ve seen an increase across the state, some 20 to 35 percent.”

In San Francisco, the cost of living is even higher.

“In Los Angeles, its $2,200 a month for a place to yourself. It’s $3,600 a month in San Francisco, and 40 percent of Americans can’t afford a $400 emergency expense. 35 percent of millennials are living with their parents. I mean, what do all these stats tell you? It tells you that housing is unaffordable.” – Elvina Beck, CEO of PodShare

1,800 people reported living in their cars in San Francisco last year, which was a 45 percent jump from 2017. According to the latest city census, an additional 9,700 reported living on the streets.

State officials have said more people are turning to recreational vehicles rather than renting an apartment or buying a home. Trailers line the streets of Silicon Valley, which is home to the nation’s most powerful tech companies. 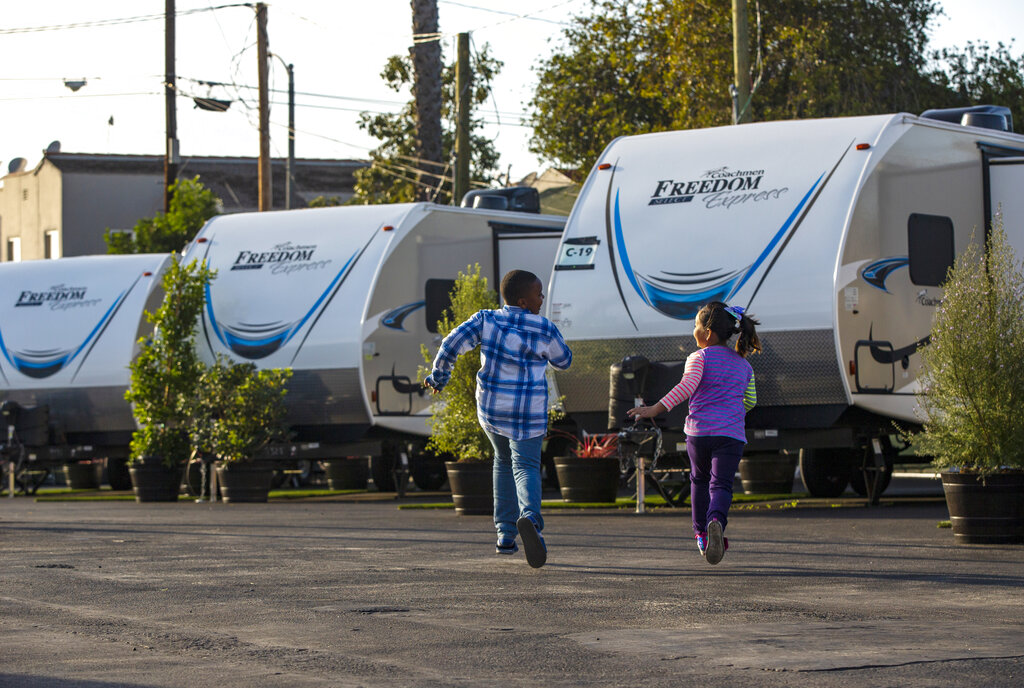 While the rising cost of housing has been talked about among lawmakers, residents have said they are not seeing change.

“It’s an ongoing and growing crisis until we can sustain the fundamentals of housing, mental health treatment, drug addiction and the economic empowerment of individuals through employment,” added Smith.

President Trump has held the issue against his opponents during the duration of his presidency.

“You see what’s happening in California,” he said. “They just announced a plan to give free healthcare to illegal immigrants when it could very well be used, all of that money, to provide housing, hospitalization and medical for the rising number of homeless people.” 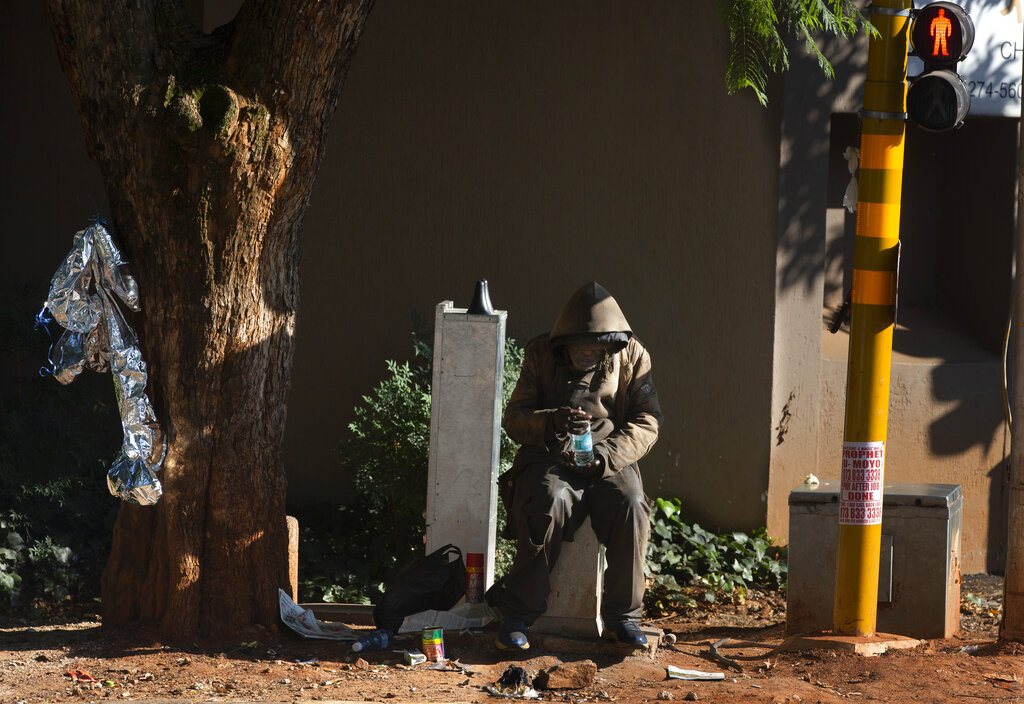 In the meantime, the Department of Housing and Urban Development has provided grants to hard-hit areas to contribute to relief efforts. Los Angeles County was granted about $139 million in 2018.

Congresswoman Maxine Waters (D-Calif.) has sponsored a bill to boost federal spending on homelessness by $13 billion over the next 10 years. State leaders are also working on a package of eight proposals, which they have said will lower home construction fees and the cost of homes.