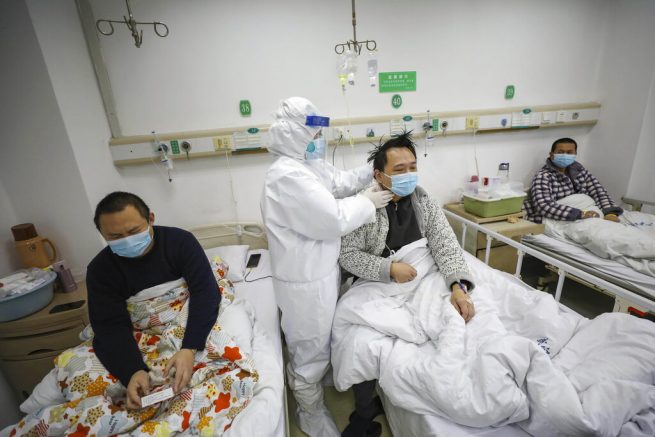 A doctor checks the conditions of a patient in Jinyintan Hospital, designated for critical COVID-19 patients, in Wuhan in central China’s Hubei province Thursday, Feb. 13, 2020. (Chinatopix Via AP)

The Chinese Health Authority reported more than 2,000 newly confirmed cases of the coronavirus. It has been announced that another 143 people have died from the deadly disease.

Saturday marked the second day the number of new cases fell since a spike in the hardest hit province of Hubei began, including clinical diagnoses in its official count.

Patients at a hospital in Wuhan will receive traditional Chinese medicine and western medicine. Some are even being treated using plasma therapy, which many have seen positive results. 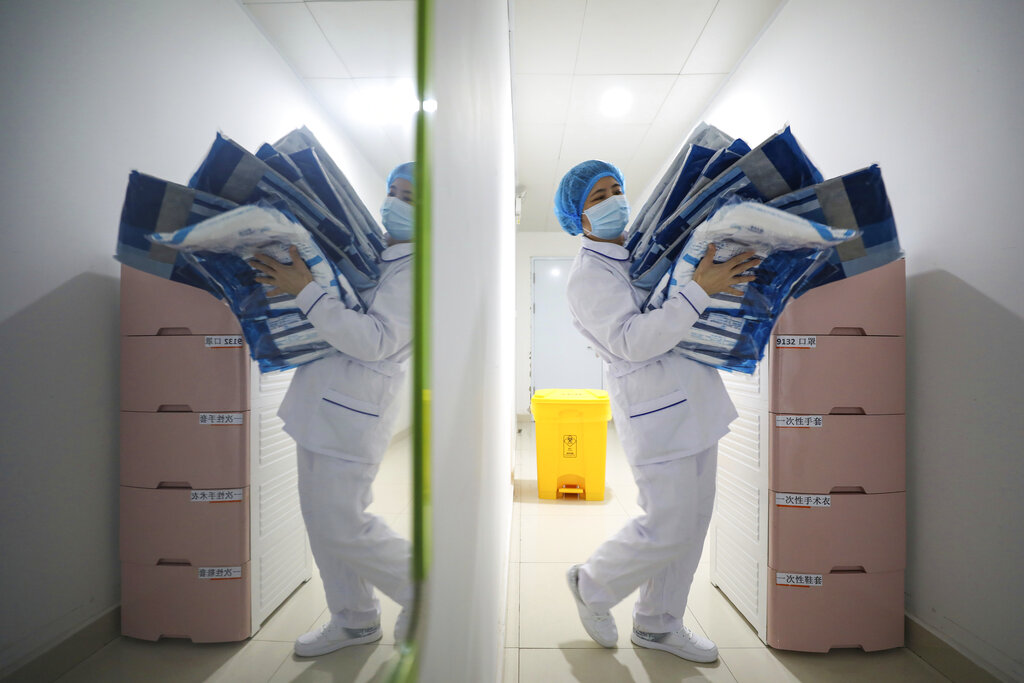 “In our hospital there have been four patients who have received plasma from convalescent patients,” stated Zhang Dingyu, president of Wuhan Jinyintan Hospital. “At present, in a short period of time they’ve shown positive signs, their vitals are stable, they are in better condition and their blood oxygen are stabilized.”

Meanwhile, more medical workers and supplies are being deployed to the Hubei province as the epidemic continues.