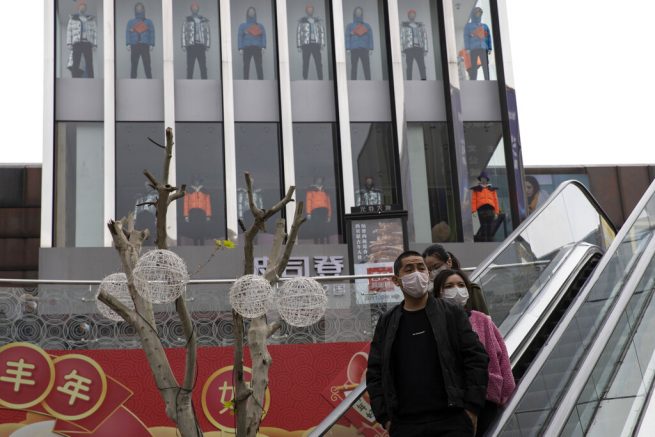 Shoppers wearing masks against the coronavirus past through an empty retail district in Wuhan in central China’s Hubei province on Thursday, April 2, 2020. (AP Photo/Ng Han Guan)

Democrat Party officials and their allies are ramping up accusations of racism against President Trump. The latest debate of race and national discrimination flared up after the president referred to coronavirus as the “Chinese virus,” which triggered a fury in mainstream media.

More recently, hundreds of Asian-Americans are claiming they are being blamed for the virus. This has prompted several police departments to respond.

“We will document and investigate every reported hate crime,” stated Chief Carmen Best of the Seattle Police Department. “Even racist name calling should be reported to police, we take this information very seriously.”

Such statements have garnered praise by human rights groups, but some are claiming authorities’ response to racist attacks remain selective.

In recent years, another phrase that is structurally similar to “Chinese virus” gained popularity in media and politics — the so-called “Russian collusion.” Unlike the virus, which actually came from China, the Russian collusion never happened as was determined by the Mueller report.

Nonetheless, this did not prevent Democrats from inciting hate against everything Russian.

However, very few of such incidents were investigated or prosecuted despite this blatant xenophobia and racism affecting the lives of millions of Russians and Russian-Americans every day.

“We don’t close anything to them, and we live here peacefully and we don’t do anything to be punished like that,” said Eli Chernyshov, a Russian living in the U.S.

The mainstream media even appears to be picking up headlines from Chinese state television, accusing President Trump of scapegoating Chinese people for the coronavirus. All the while, those same media outlets appear to hold each and every Russian accountable for alleged actions of the Russian government.

Amid the latest tensions, police officials are encouraging all victims of racist and xenophobic attacks to call 9-1-1, regardless of their national origin.