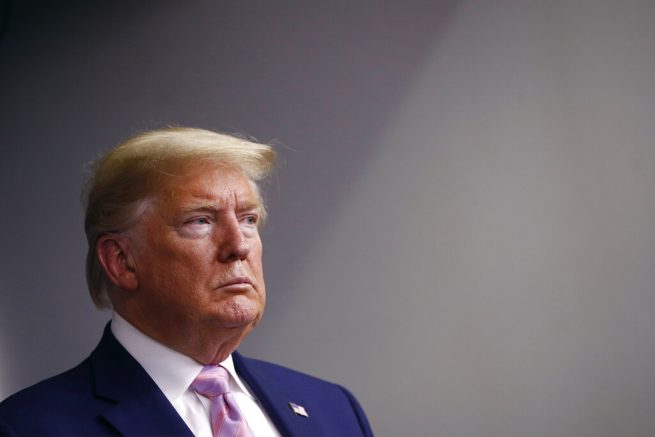 The coronavirus outbreak is fueling a slew of attack ads on the administration for its response to the pandemic. The ads largely stem from Democrats and accuse the government of mishandling the situation.

The number of COVID-19 cases in the country has surpassed 300,000 with the situation becoming more dire across the nation. However, Republicans have said the attack campaigns walk a thin line between legitimate criticism and political smearing.

The Trump campaign’s communication director, Tim Murtaugh, slammed the ads by claiming Democrats are spreading misinformation to target the president. Murtaugh made this point on the new show Trump War Room Weekly, which is the campaign’s way of keeping voters connected amid social distancing regulations.

Democrat super PACs backing Democrat candidate Joe Biden are especially familiar with this technique. One ad released by Priorities USA in March reportedly de-contextualized multiple quotes from President Trump to further their agenda. The Trump campaign followed the ad with a cease and desist letter to television stations, which stated that the ad was “patently false.”

Democrat officials have argued that President Trump is spreading misinformation about the pandemic himself and they are simply holding him accountable. Political media consultant Mark Longabaugh said major issues like this “raise the bar” in an election and highlight key issues critical to a campaign.

GOP campaign strategists have argued that it’s dangerous to politicize an issue like the coronavirus and have been hesitant in doing so themselves. However, this campaign strategy has even prevailed in congressional campaigns where COVID-19 is still a key issue.

The presidential election is still scheduled for November 3 despite 15 states postponing their primaries to maintain social distancing.