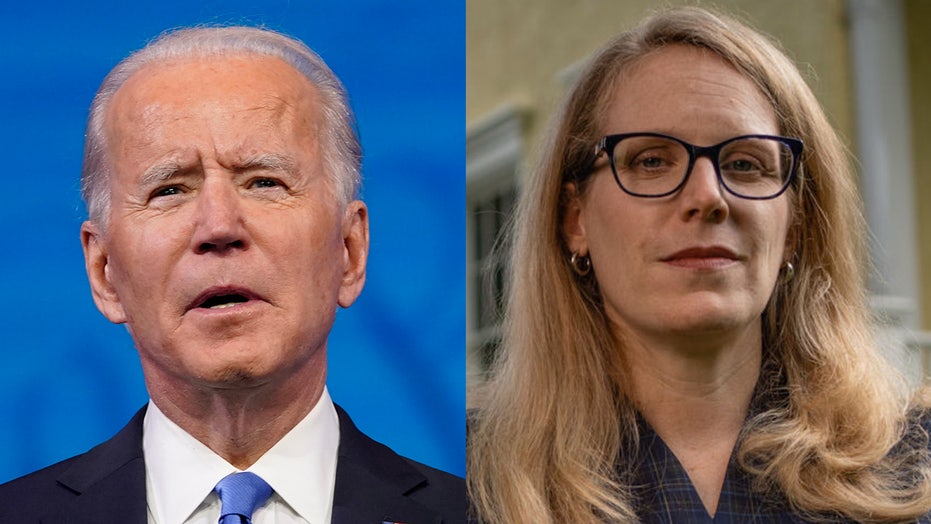 Some of President-elect Joe Biden’s donors want his aide Jennifer O’Malley Dillon to apologize after she called Republicans on Capitol Hill "a bunch of f—ers," and at the same time praised Biden’s call for unity.

Biden’s deputy chief of staff, O’Malley Dillon, was responding to a comment from Glamour reporter Glennon Doyle in an interview published Tuesday about redefining "compromise," saying Biden "rejected" the idea that he could not work with the GOP.

"The president-elect was able to connect with people over this sense of unity," O'Malley Dillon said. "In the primary, people would mock him, like, 'You think you can work with Republicans?' I’m not saying they’re not a bunch of f—ers. Mitch McConnell is terrible. But this sense that you couldn’t wish for that, you couldn’t wish for this bipartisan ideal? He rejected that."

She continued: "From start to finish, he set out with this idea that unity was possible, that together we are stronger, that we, as a country, need healing, and our politics needs that too."

Axios reports that Biden donors, who took to heart his call for unity and bipartisanship, want an apology from O’Malley Dillon.

"For those of us who, from Day One, bought into Biden’s calls for civility and a return to normalcy, this isn’t just beyond the pale — it’s plain stupid," said one Biden donor.

"I pledge to be a president who seeks not to divide but unify. Who doesn't see red states and blue states, only sees the United States," Biden said in his victory address Nov. 7.

To Trump supporters, he said: "I understand the disappointment tonight. But now let's give each other a chance. It's time to put away the harsh rhetoric, lower the temperature… To make progress we have to stop treating our opponents as our enemies. They are not our enemies, they are Americans."

One Biden official brushed off criticism of O’Malley Dillon’s remarks as telling it "how it is."

"Could she have used a different adjective, sure," one Biden official told Axios. "But if you know Jen…she is real, she is authentic, she says it how it is."

After the Glamour article was published, Biden communications director Kate Bedingfield tweeted that O’Malley Dillon "would be the first to tell you her mom doesn't approve of spicy language" but the point she was making is that "unity and healing are possible — and we can get things done."

O'Malley Dillon, 44, went on to tell Glamour that politics is like "a relationship."

"If the other person is not willing to do the work, then that becomes really hard. But I think, more than not, people want to see impact. … They want to do their work, get paid a fair share, have time for themselves and their family, and see each other as neighbors. And this overhang of this negative, polarized electorate that politics has created is the thing that I think we can break down," she said.

O’Malley Dillon is the first woman to manage a successful Democratic presidential campaign. After Biden’s team announced she would replace Greg Schultz as campaign manager in April, she managed the transformation of the campaign from a small and lean primary operation that struggled to raise money into a massive general election machine that set fundraising records.

The Biden transition team could not immediately be reached for comment on O'Malley Dillon's remarks.