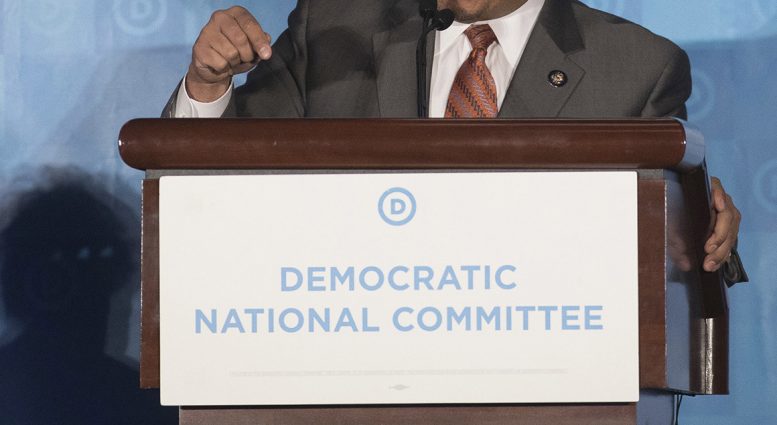 (File photo for representation by Branden Camp via AP)

Democrat strategists are attempting to drum up more supporters as their new battle plan aims to hit more states early on in the 2020 election cycle. On Tuesday, the Democratic National Committee (DNC) announced they are adding six states, including Georgia and Texas, to their list of targets in hopes of flipping seats blue.

The DNC is looking to build off of the successes seen since the 2016 general elections. Democratic Legislative Campaign Committee President Jessica Post touted those previous results with the unveiling of the organization’s latest efforts.

“In the 2018 cycle, we started our effort to flip everything and we flipped 10 chambers red to blue,” she stated. “And we’ll talk a little bit about that today and we’ve done since Donald Trump’s election, and will tell you who we are and how we’ll flip another 10 chambers this year.”

This came as part of Democrats’ multi-million dollar investment plan, titled ‘Battleground Build-Up 2020,’ to mobilize resources and register new voters to grow their base. The strategy focuses on three things: expanding pathways for the presidential nominee to win the electoral college, build support for democratic candidates at every level of the ballot, and invest in communities of color.

“So, our targets largely align with the presidential battlegrounds, which is another key point here,” Post explained. “We’re building early infrastructure in these states by building out strong legislative campaigns; these campaigns will ultimately benefit the nominee.”

‘Battleground Build-Up 2020’ was officially announced in January and put the spotlight on key states like Florida and Pennsylvania. The plan establishes what it describes as a strong network of offices in each state by hiring staff and enlisting on-the-ground data teams. The first set of bodies were deployed over the weekend.

The DNC believes Super Tuesday, which is set to take place on March 3, will show where areas of the plan need improvement and where efforts are working.