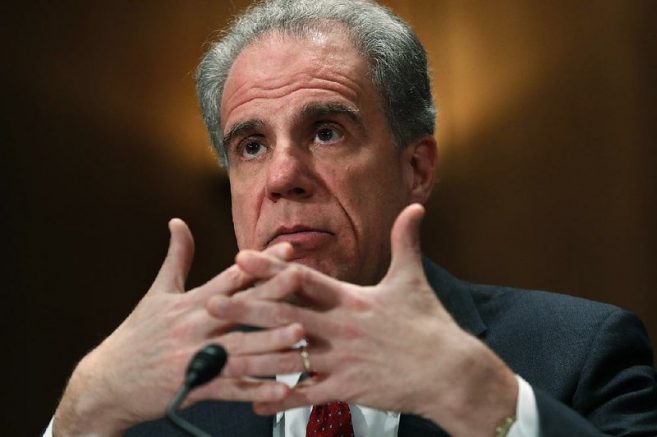 File – Justice Department Inspector General Michael Horowitz tells a Senate committee about his concerns over the FBI’s use of the Foreign Intelligence Surveillance Court. (AP/Jacquelyn Martin)

The Federal Bureau of Investigation is under fire, once again, after the Office of the Inspector General found more problems in the bureau’s surveillance warrant applications.

On Monday, Inspector General Michael Horowitz wrote to FBI Director Christopher Wray to inform him the applications lack supporting documentation backing-up the claims made within them.

“And subsequent to that report, and this continues to this day, we are investigating those contacts,” said Horowitz. “We’ve issued a couple of public summaries, so far, about people we’ve found violated FBI policy.”

The Inspector General’s Office found the additional errors when going through eight different FBI field offices, all of different sizes. They examined 29 FISA applications between October 2014 and September 2019 that related to counterintelligence and counter surveillance.

Horowitz and his staff found inconsistencies with the FBI’s Woods Procedures, which requires applications have additional documentation supporting their claims.

“On the FISA side we found, as you noted, a lack of documented testimony evidence about intentionality, but we also noted the lack of satisfactory explanations,” he stated. “And, in fact, leave open the fact that for the reasons you indicated, it’s unclear what the motivations were.”

Horowitz has recommended the FBI and oversight agencies review past and future accuracy reviews to identify patterns as well as trends to improve their policies and train agents against the errors. He also recommended the bureau take inventory of all pending FISA applications and make sure they are following the Woods Procedures.

The Inspector General’s Office has continued investigations expanding to oversight agencies, like the National Security Department, to see if the FBI is taking sufficient steps to address the issue.