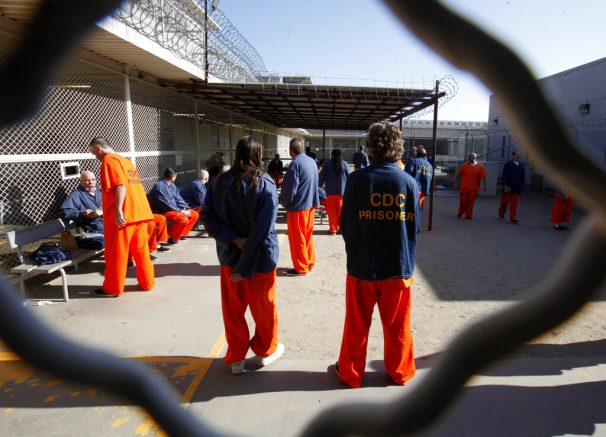 FILE – In this Jan. 12, 2012, file photo, inmates walk around a recreation yard at the Deuel Vocational Institution in Tracy, Calif. A three-judge federal panel refused on procedural grounds Saturday, April 4, 2020, to order California to free thousands of prisoners to ease crowded conditions that attorneys representing inmates say could ignite a rapid spread of the coronavirus. (AP Photo/Rich Pedroncelli, File)

A panel of federal judges ruled not to order a mass release of California prison inmates to reduce the spread of coronavirus cases. The ruling was issued Saturday and came after attorneys called for the release or relocation of thousands of inmates, particularly those over the age of 65 and others with pre-existing medical conditions.

“The only way to avert disaster both inside the prison walls and in the communities where those prisons are located is to bring the population density down, so that people in prison can also observe the kind of safety measures that the rest of us are all observing around the country,” stated Alison Hardy, Prison Law Office attorney.

However, judges have said the ruling is not theirs to make. The special panel said it had was created 13-years ago to address overcrowding in prisons not potential risks during a pandemic. They encouraged lawyers to take their case to a single court that oversees the medical care of prison inmates.

The three judge panel also laid out expectations that the state prison system should being taking more action in protecting populations. As of Saturday, at least 13 inmates have tested positive for the COVID-19 virus in prisons across California. Health officials fear that the confined space between inmates in these prisons as well as communal meals and showering could increase the chances of an outbreak.

At the same time, California Gov. Gavin Newsom has taken steps to eliminate potential spread such as temporarily blocking the transfer of new inmates into different prisons. Newsom also ordered an early release of non-violent offenders who were scheduled for parole within the next two months. 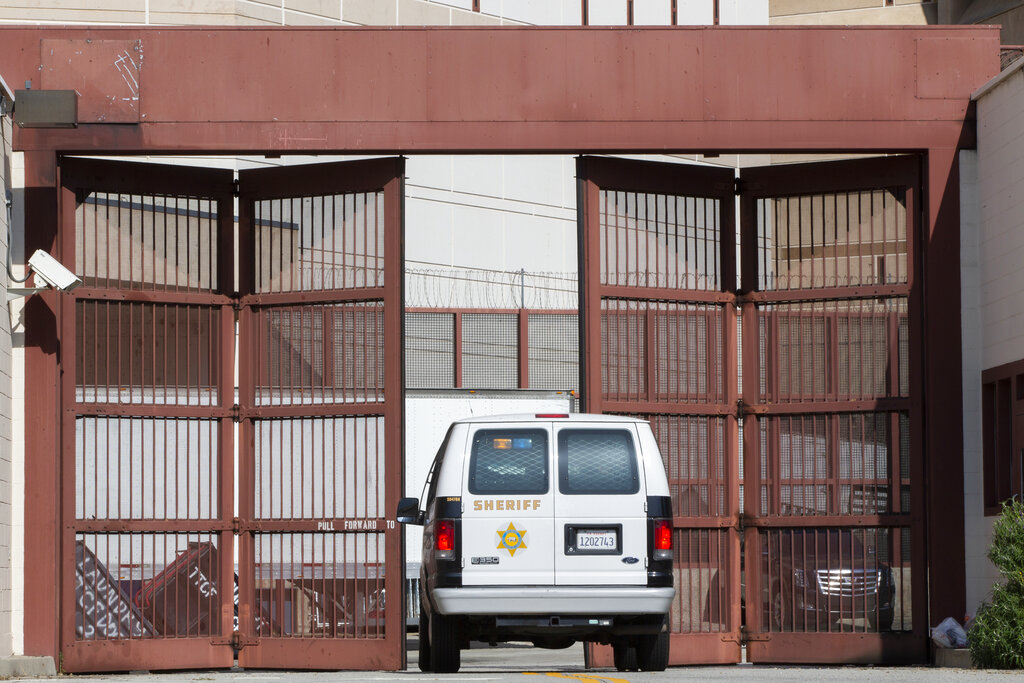 A Los Angeles County Sheriff’s Department van enters the Twin Towers Correctional Facility in Los Angeles on Wednesday, April 1, 2020. California is planning to release within days as many as 3,500 inmates who were due to be paroled in the next two months as it tries to free space in cramped prisons in anticipation of a coronavirus outbreak, state officials said Tuesday. (AP Photo/Damian Dovarganes)

Some counties have optioned to keep an eye on released inmates, while allowing them to self-quarantine.

“We have actually released some, but we’ve put them on house arrest with an electronic monitor,” said Sheriff Laurie Smith of the Santa Clara County Sheriff’s Office. “They didn’t have assault on police officers, they didn’t have sex charges and they didn’t have domestic violence charges.”

Meanwhile, attorney’s for at-risk prisoners are planning to file a new motion as soon as possible.