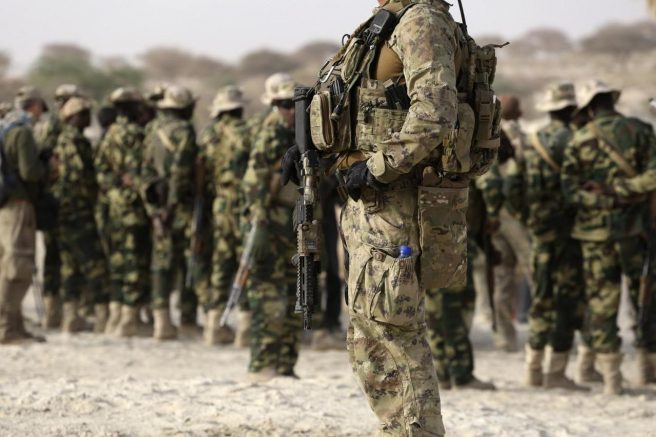 It’s against U.S. Army policy to release the names of service members expected to graduate from the Special Forces program, but one anonymous soldier is making history.

According to the New York Times, an enlisted solider is expected to become the first woman to join the Green Berets within weeks. The unidentified woman, an enlisted member of the National Guard, is now in her final stages of training before graduating to the rank of Special Forces engineer sergeant.

The Pentagon officially allowed women to serve in combat in 2016. At the time, women across America celebrated their newfound sense of equality in military roles.

“I always worked in the national security environment, which was heavily male. I never really thought about the difference between men and women in the workplace, although we are different. So, I didn’t really think of the maleness of the company. So much in life is about finding your place, whether it’s within your family, community, nation or your company and there was a place for me.”

Since lifting the policy, several women have attempted to complete what the military describes as a difficult ‘Qualification Course’ known as the ‘Q Course.’ Only one other woman passed the intense year-long program back in the 1980’s, but was not allowed into the unit due to her gender.

In order to qualify for the training program, aspiring soldiers must be at least 20-years old, meet fitness requirements, earn a secret security clearance and be eligible for airborne training.

Due to security concerns, officials from the Army Special Operations Command did not confirm when the unidentified woman will officially earn her Green Beret. However, they said she’s expected to graduate from the Special Forces program soon.