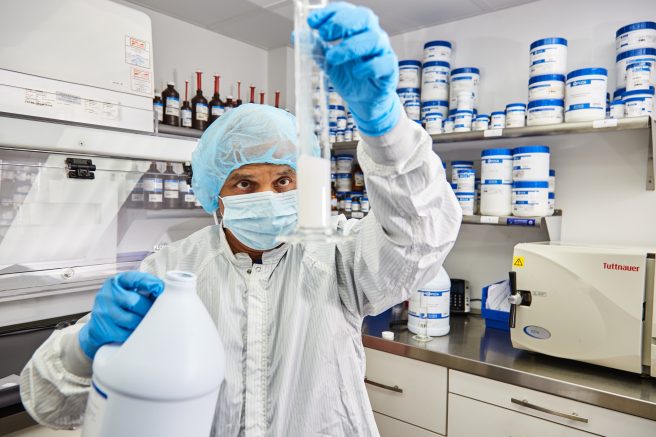 A Florida resident has claimed to have been cured of coronavirus by the anti-malaria drug hydroxychloroquine. 52-year-old Rio Giardinieri reportedly received his first dose Saturday after having been told by his doctors there was nothing more they could do to ease his suffering from COVID-19 symptoms.

Giardinieri said was in agony for nine days from serious coronavirus symptoms and was ready to deliver his final goodbyes to his family when a friend sent him an article recommending the treatment. With nothing left to lose, he convinced his doctor to give him the experimental drug.

The Florida man said he suffered from unknown complications following his initial dosage. However, after receiving benadryl and another form of medication, he fell asleep and woke up four hours later with none of the symptoms which hospitalized him.

Giardinieri has claimed the drug saved his life, although his doctors believe it was his body fighting off the virus and worked it’s way out of his system.

In a tweet Monday, the president touted the reported success of Giardinieri’s recovery.

“The president ordered the FDA to move and the FDA moved,” he stated. “We’re going to get this supply and the trial will start this Tuesday…the president is optimistic about these drugs and we are all optimistic.”

Although the doctors have said hydroxychloroquine is still in initial trials stages to combat COVID-19 and Giardinieri’s recovery was nothing short of a miracle, they are hopeful it can eventually be used on a wider basis to help others fend off the disease.

Doctors are now waiting to see if COVID-19 has completely run it’s course through Giardinieri’s system, who is hoping to go back home in the coming days.