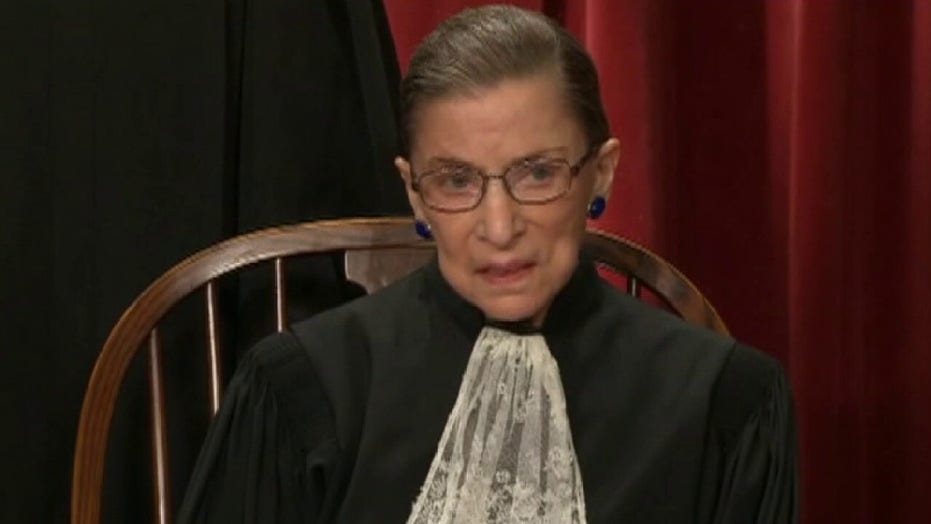 Senate Majority Leader Mitch McConnell announced, soon after Ginsburg's death, that the Senate would vote on a nominee put forward by President Trump to replace her. The maverick Republicans have sometimes opposed the president, calling into question whether they would support filling a court vacancy in the coming weeks.

One consideration for some of the senators: They are fighting for their political lives this November in their own elections.

The majority leader's decision to advocate for a vote just weeks before the 2020 presidential election is a stark reversal from his position in 2016 when Justice Antonin Scalia died in February that year. McConnell said then that November voters should have a say and that a new Supreme Court justice should be nominated by the new president.

AFTER RUTH BADER GINSBURG'S DEATH, WHAT'S COMES NEXT FOR THE SUPREME COURT

Four years later, McConnell hopes to avoid any Republican defections as Democrats plan to try to peel off enough GOP senators to defeat a vote before Inauguration Day. (A tie would place the fate of a nominee in the hands of Vice President Mike Pence, in his role as Senate president.)

Here's a look at the Senate Republicans who could possibly oppose allowing President Trump to fill the court vacancy prior to the election or prior to Inauguration Day.

Sen. Lisa Murkowski, the maverick Republican from Alaska, said Friday before news broke of Ginsburg’s death that she would not vote for a new Supreme Court justice before the election. “We are 50 some days away from an election,” she said in an interview, according to Alaska Public Media. 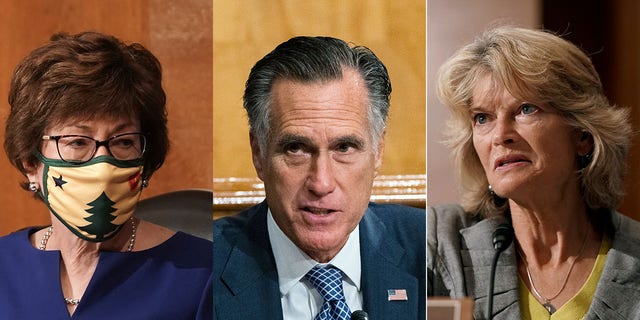 President Trump's ability to successfully replace Supreme Court Justice Ruth Bader Ginsburg on the bench could hinge on the support of Republican senators like Susan Collins of Maine (left), Mitt Romney of Utah, and Lisa Murkowski of Alaska. (Associated Press)

In 2016, Sen. Cory Gardner, R-Colo., said he believed Scalia’s February death was too close to the November election to not have voters weigh in, according to the Denver Post. “The president who is elected in November should be the one who makes this decision,” he said at the time.

Gardner’s Democratic opponent, John Hickenlooper, who has consistently led in the polls, said Friday that Gardner must “uphold the commitment” from 2016 to delay a vote. Gardner didn’t answer the Post’s requests for comment Friday, the newspaper reported.

Sen. Chuck Grassley, R-Iowa, in a July call with donors, said he wouldn’t advocate holding hearings for a Trump nominee. In 2016, Grassley, then the chairman of the Senate Judiciary Committee, blocked hearings for Merrick Garland, citing the “Biden rule,” a 1992 speech in which then-Sen. Joe Biden said then-President George H.W. Bush should wait until after the election to appoint a Supreme Court pick. Grassley isn’t up for reelection.

Fellow GOP Sen. Joni Ernst, R-Iowa, who is up for reelection, conversely said in July the Senate should hold hearings, according to the Des Moines Register. 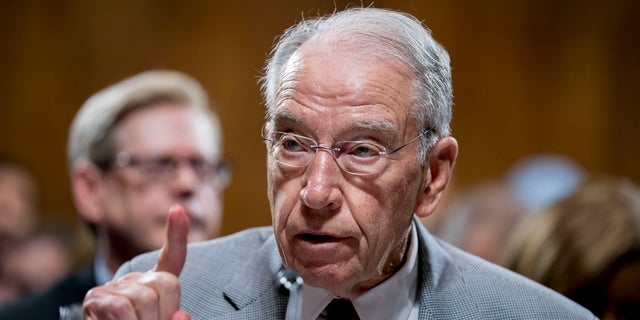 MURKOWSKI, PRIOR TO GINSBURG PASSING, SAID SHE 'WOULD NOT VOTE' TO CONFIRM A NOMINEE TO SUPREME COURT BEFORE ELECTION

Sen. Susan Collins, R-Maine, another vulnerable lawmaker in a state that isn’t deeply red, declined to comment Friday on whether she’d support a pre-election vote, the Portland Press Herald reported. Collins has been consistently running behind her Democratic challenger Sara Gideon, Maine’s speaker of the House, in what’s shaping up to be her most difficult reelection effort yet.

Finally, Sen. Mitt Romney, R-Utah, hasn’t weighed in yet, but he has already proven he isn’t afraid to defy his party: Romney was the only Republican senator to vote to impeach Trump in February, much to the ire of Trump supporters.

A pre-election Supreme Court vote could put vulnerable senators like Collins and Gardner – who need Democratic votes to win – in a difficult position and any newly elected senators will be sworn in Jan. 3.

Interestingly, astronaut Mark Kelly, a Democrat who is challenging Sen. Martha McSally, R-Ariz., could be sworn in as early as Nov. 30 if he beats her in the race, experts say, according to the Arizona Republic. The Arizona race is technically a special election since McSally was appointed to her seat last year after Sen. John McCain’s death. Kelly has consistently led McSally in the polls.

McSally tweeted Friday night that "This U.S. Senate should vote on President Trump's next nominee for the U.S. Supreme Court."