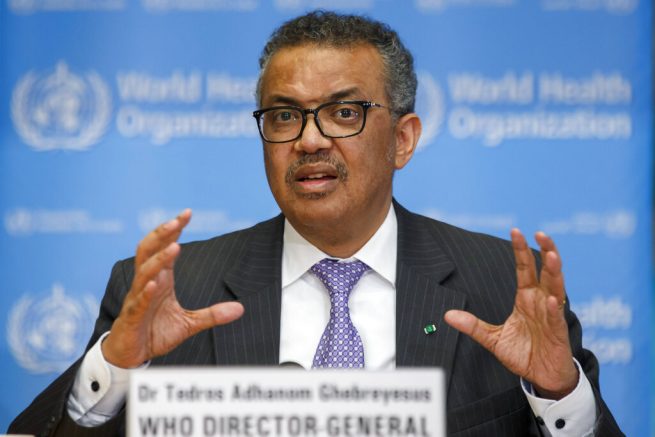 FILE – Tedros Adhanom Ghebreyesus, Director General of the World Health Organization speaks during a news conference on updates regarding on the novel coronavirus COVID-19, at the WHO headquarters in Geneva, Switzerland. (Salvatore Di Nolfi/Keystone via AP, file)

Republican’s on Capitol Hill are calling for the leader of the World Health Organization (WHO) to step down amid misinformation surrounding China’s coronavirus outbreak.

During a recent interview, Sen. Martha McSally (R-Ariz.) claimed WHO chief Tedros Adhanom Ghebreyesus violated the agency’s mandate to protect the health and well being of people worldwide. She said downplaying China’s mishandling of the virus may have killed thousands of people.

“The WHO needs to stop covering for them (China)…I think Dr. Tedros needs to step down…we need to take some action to address this issue,” she insisted. “…It’s irresponsible, it’s unconscionable what they’ve done here.”

A handful full of other GOP lawmakers also jumped into the fight by demanding accountability from the WHO. Sen. Marco Rubio (R-Fla.) reportedly said Tedros let Beijing use the organization to mislead the global public and called him “either complicit or dangerously incompetent.”

Starting in January, the WHO pushed Chinese propaganda by claiming they found no human-to-human transmission, which has proven to be a dangerously false and misleading statement.

Then in February, President Trump took decisive action to restrict travel from China to which Tedros responded by stating there was no need for “unnecessary action interfering with international travel and trade.”

Moving forward to March, Tedros used a Twitter post to praise China for claiming they had experienced their first day with no new virus cases. At the same time, numerous others from around the world, including U.S. Secretary of State Mike Pompeo, zeroed in on the country for falsifying data relating to the illness.

Tedros was elected to serve a five year term as chief of the WHO in 2017. He is the first director general to lead the organization who is not a medical doctor. 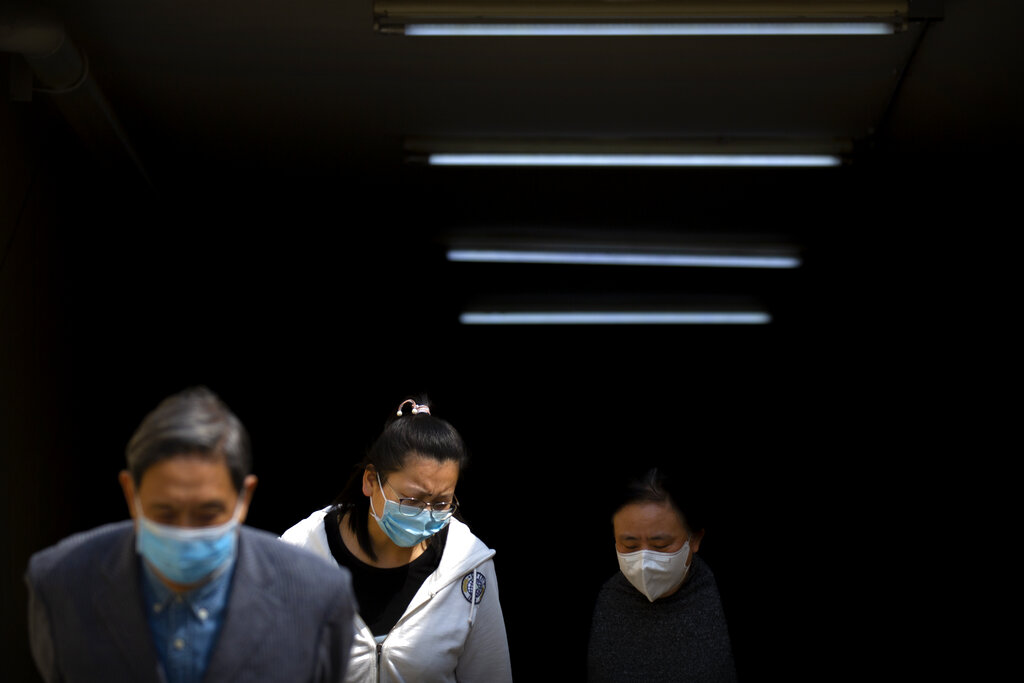 People wear face masks as they exit a subway station in Beijing, Tuesday, April 7, 2020. China on Tuesday reported no new deaths from the coronarivus over the past 24 hours and just 32 new cases, all from people who returned from overseas. (AP Photo/Mark Schiefelbein)