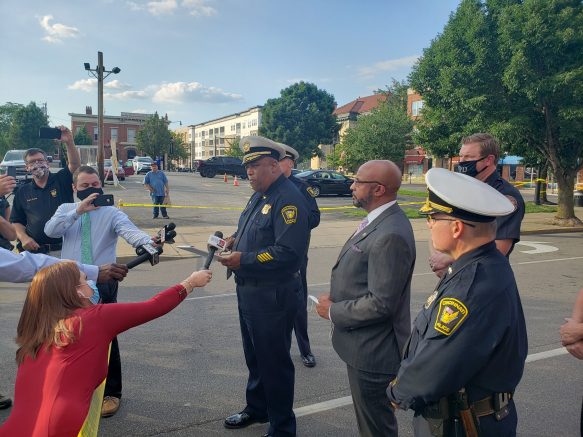 Two bystanders are dead following a high speed police chase from Cincinnati, Ohio to Newport, Kentucky. Cincinnati police were attempting to conduct a traffic stop on Friday when the vehicle sped away.

The three suspects were reportedly the subjects of an ongoing felony investigation by the Organized Crime Investigations Squad and the ATF Task Force.

The chase came to an end when the suspects crashed into four bystanders, killing two and injuring two.

“Pursuits are always a concern. Unfortunately, because of the nature of the crimes individuals could commit, we cannot allow them just to roam free. However, we have to be mindful of public safety.” – Chief Elliot Isaac, Cincinnati Police Department

The suspects sustained minor injuries in the crash and have been arrested. The Newport Police Department is conducting an investigation into the crash.