Vice President-elect Kamala Harris was widely slammed on Twitter this weekend for committing to helping small businesses affected by the coronavirus pandemic despite having openly supported protesters at the height of social unrest over the summer.

“Small businesses, especially Black and minority-owned businesses, urgently need relief to survive the effects of coronavirus this winter,” Harris, 56, tweeted on Saturday. “@JoeBiden and I are committed to helping these businesses during this pandemic and get them the support they need to thrive in years to come.”

Twitter users were quick to compare Harris’ post to one she made in June, a tweet in which she threw her support behind protesters “on the ground in Minnesota.”

“If you’re able to, chip in now to the @MNFreedomFund to help post bail for those protesting on the ground in Minnesota,” Harris tweeted on June 1. 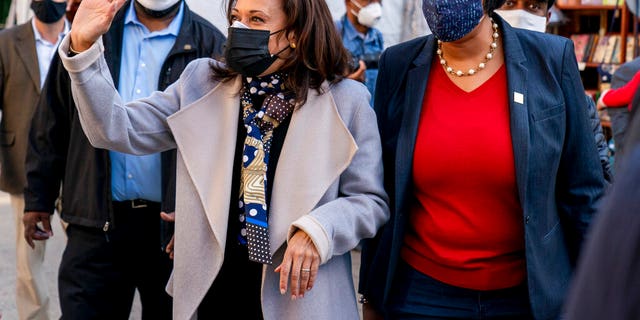 The date was just one week after George Floyd, a Black man, died while in the custody of Minneapolis police. Floyd’s death sparked nationwide protests against racial injustice and police brutality, but they were quickly co-opted by incendiary elements that were responsible for widescale rioting and looting of small businesses in major metropolitan areas.

The apparent contradiction in Harris’ call to bail out protesters with her support for small businesses was not lost on the Twittersphere.

“Remember when you were fundraising to bail out criminals who destroyed small businesses during the riots?” one Twitter user quipped in response to her Saturday tweet.

“Maybe you should help the businesses looted and burned by your supporters,” wrote another user.

“Then open the businesses back up!” pleaded another.

Just two days after Harris’ June 1 tweet, Minnesota’s Star Tribune newspaper published a list of over 360 businesses across the Twin Cities that had been “vandalized, looted or had doors and windows smashed” in the wake of the protests.

The paper’s staff wrote: “Some have been reduced to rubble, and at least 66 gave been destroyed completely by fire. Others have reported extensive water damage or severe fire damage.”

Fox News had reached out to Harris' office with a request for a comment.