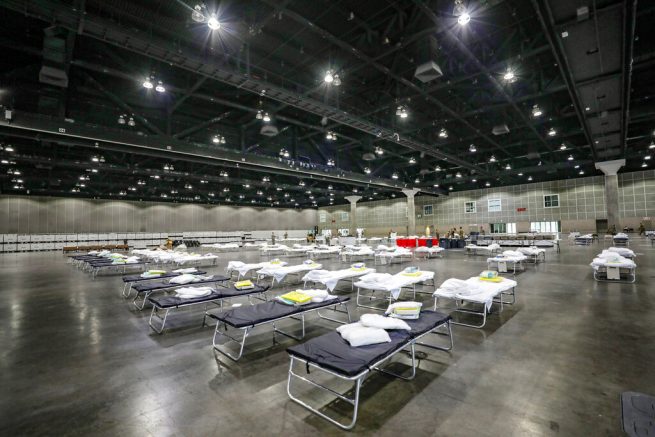 In this Sunday March 29, 2020 photo provided by the office Of Mayor Garretti shows cots set up as a medical station to help relieve nearby hospitals as they fight COVID-19, at the Los Angeles Convention center in downtown Los Angeles. (Office of Mayor Eric Garcetti via AP)

A Los Angeles resident has reportedly taken action against the city’s efforts to house the homeless population amid the COVID-19 pandemic. In a still unofficial lawsuit out of the L.A. Superior Court this week, Susie Gilman attempted to block local officials’ plan to repurpose rec centers to house the homeless, who remain a vulnerable demographic.

Across Los Angeles County, 6,000 beds have been made available at more than 40 recreational centers. However, perhaps the most troubling aspect of the plan allows those being housed to come and go as they choose.

Gilman and other community leaders are concerned this could quickly spiral into a problem for residents. If any of the homeless catch the virus, they could turn the rec centers and streets into a breeding ground for COVID-19.

The CDC has encouraged individual housing units be given to the homeless population to avoid community spread. 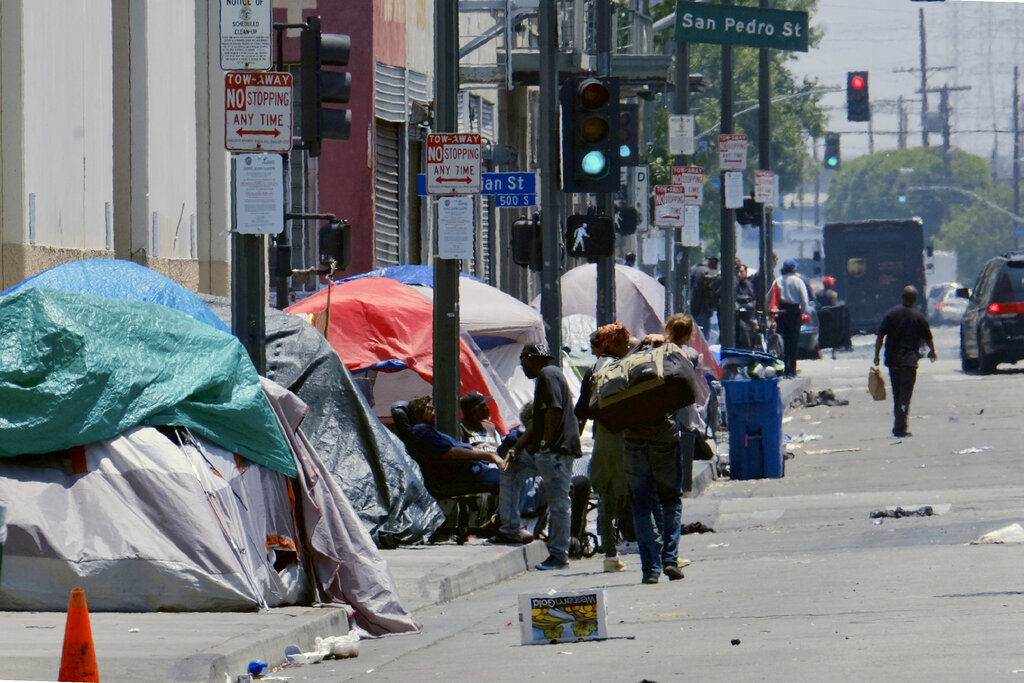 “During this emergency, we will suspend rules that require unsheltered individuals to take their tents down during the day, making it easier for this at risk population to practice safe social distancing,” stated Mayor Garcetti. “We are going to work to relocate vulnerable Angelenos indoors into low barrier congregate settings with the proper spacing and into some shelter spaces that have been in the pipeline to open in the near future.”

Since then, he’s received pushback from concerned residents, who claimed they weren’t consulted about the move. Despite this, city employees are manning the rec centers and putting the plan into action.

In the meantime, the apex of the coronavirus reportedly looms just on the horizon. Officials are expecting progress by the end of May. Only time will tell whether or not this will put a dent in flattening the curve.