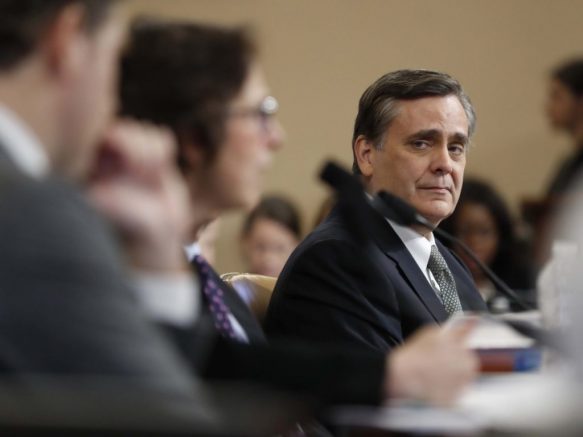 Turley said Acosta’s attitude at the press conference was “an example of how CNN’s echo-journalism model is destroying the media’s credibility.” He went on to say Acosta’s questions were “an effort to score points rather than elicit information.”

During Friday’s press conference, Acosta interrupted Birx while she was discussing the World Health Organization’s handling of coronavirus pandemic. Talking over the leaders of our country appears to be a habit Acosta can’t seem to break. Back in 2018, President Trump called Acosta a “rude person” after causing multiple scenes during press conferences with then-Press Secretary Sarah Huckabee Sanders.

The president isn’t the only one to call out Acosta for his seemingly disrespectful behavior. According to the Washington Free Beacon, the president of the White House Correspondents Association said Acosta was an “opinion journalist,” adding that “reporters make a mistake if they appear to be too much like an opposition to the president.”

It’s important to note that the White House Correspondents Association recently kicked One America News White House correspondent Chanel Rion out of the briefing room over allegations she disregarded social distancing rules amid the COVID-19 outbreak. Nonetheless, the association continues to allow Acosta to have a seat during the press briefings despite overwhelming criticism regarding his behavior.