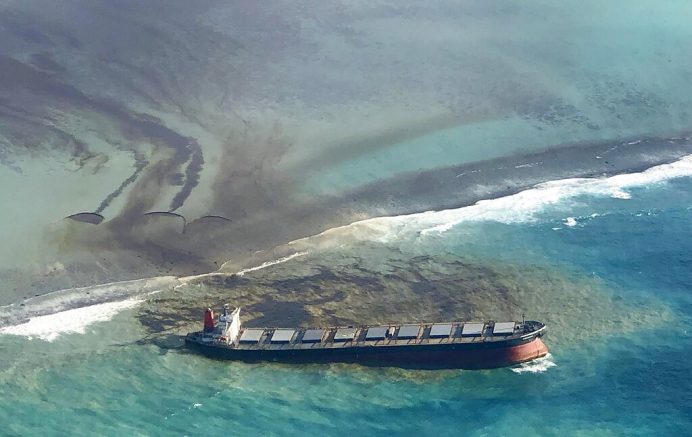 This photo taken and provided by Eric Villars shows oil leaking from the MV Wakashio, a bulk carrier ship that recently ran aground off the southeast coast of Mauritius, Friday, Aug. 7, 2020. (Eric Villars via AP)

According to officials on the East African island nation of Mauritius, the oil spill on their coast is still a “very sensitive situation.”

Containment efforts continued in the area on Sunday. Locals erected makeshift barriers, made of fabric sacks filled with sugar cane leaves, along the walls of the leaking ship.

The incident occurred back in July after a Japanese ship, which was carrying nearly 4,000 tons of fuel, ran itself aground on a coral reef. Since then, oil has been leaking into the Indian Ocean and beyond.

“For the local people, it’s been terrible. They are fishermen, they are boat operators, they are divers. They live from the sea and they eat from the sea. So, tourism will be affected for a long period of time, and they won’t be able to do any of that. The government has had to close a school because of the smell. It’s terrible, it’s detrimental to the health of the people there.” – Reuben Pillay, resident 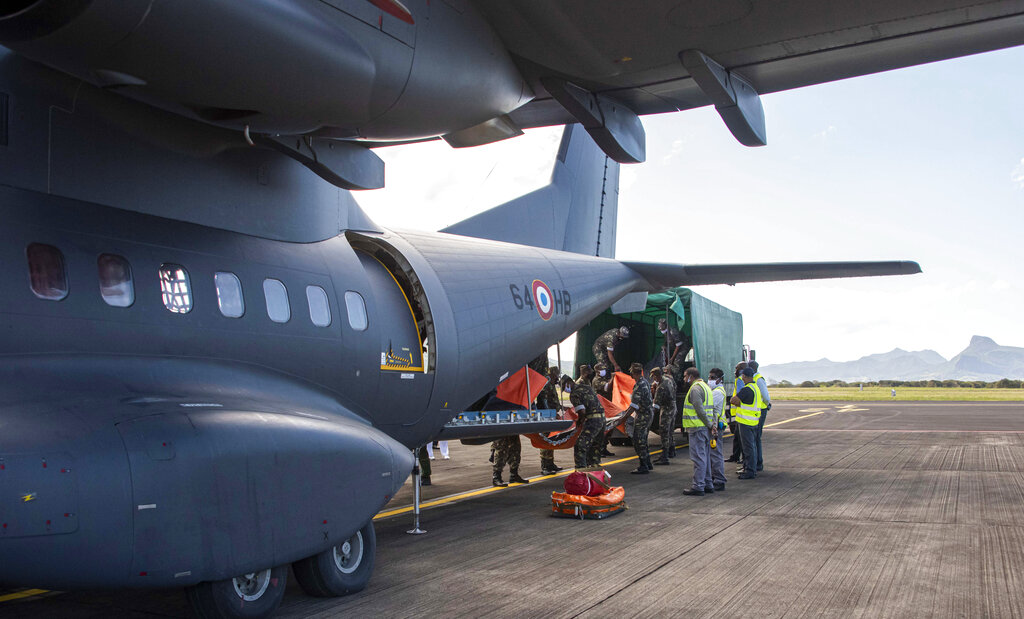 The small island nation has since declared an environmental emergency. French President Emmanuel Macron has vowed to send help.

MORE NEWS: The World Comes To The Aid Of Beirut