A migrant caravan moving from Honduras toward the U.S. border is calling on the incoming Biden administration to honor what it says are "commitments" to the migrants moving north, amid fears of a surge at the border when President-elect Joe Biden enters office.

More than 1,000 Honduran migrants moved into Guatemala on Friday without registering, The Associated Press reported. That is part of a larger caravan that left a Honduran city earlier in the day.

The outlet reported that they are hoping for a warmer reception when they reach the U.S. border, and a statement issued by migrant rights group Pueblo Sin Fronteras, on behalf of the caravan, said it expects the Biden administration to take action.

"We recognize the importance of the incoming Government of the United States having shown a strong commitment to migrants and asylum seekers, which presents an opportunity for the governments of Mexico and Central America to develop policies and a migration management that respect and promote the human rights of the population in mobility," the statement said. " We will advocate that the Biden government honors its commitments."

Biden has promised to reverse many of Trump’s policies on border security and immigration. He has promised to end the Migrant Protection Protocols (MPP), which keeps migrants in Mexico as they await their hearings. The Trump administration has said the program has helped end the pull factors that bring migrants north, but critics say it is cruel and puts migrants at risk.

Biden has also promised a pathway to citizenship for those in the country illegally and a moratorium on deportations by Immigration and Customs Enforcement (ICE). The migrants’ group also pointed to promises to end the asylum cooperative agreements the administration made with Northern Triangle countries.

"A new United States Government is an opportunity to work with the Mexican Government to develop a cooperation plan with Central America to address the causes of migration, together with civil society organizations, as well as an opportunity to increase regional cooperation regarding the persons in need of protection, and to dismantle illegal and inhuman programs such as Remain in Mexico, the United States’ Asylum Cooperation Agreements with El Salvador, Guatemala and Honduras, as well as the Title 42 expulsions by the United States authorities," it said, referring to the Centers for Disease Control (CDC) order that allows the U.S. to quickly remove migrants on public health grounds. 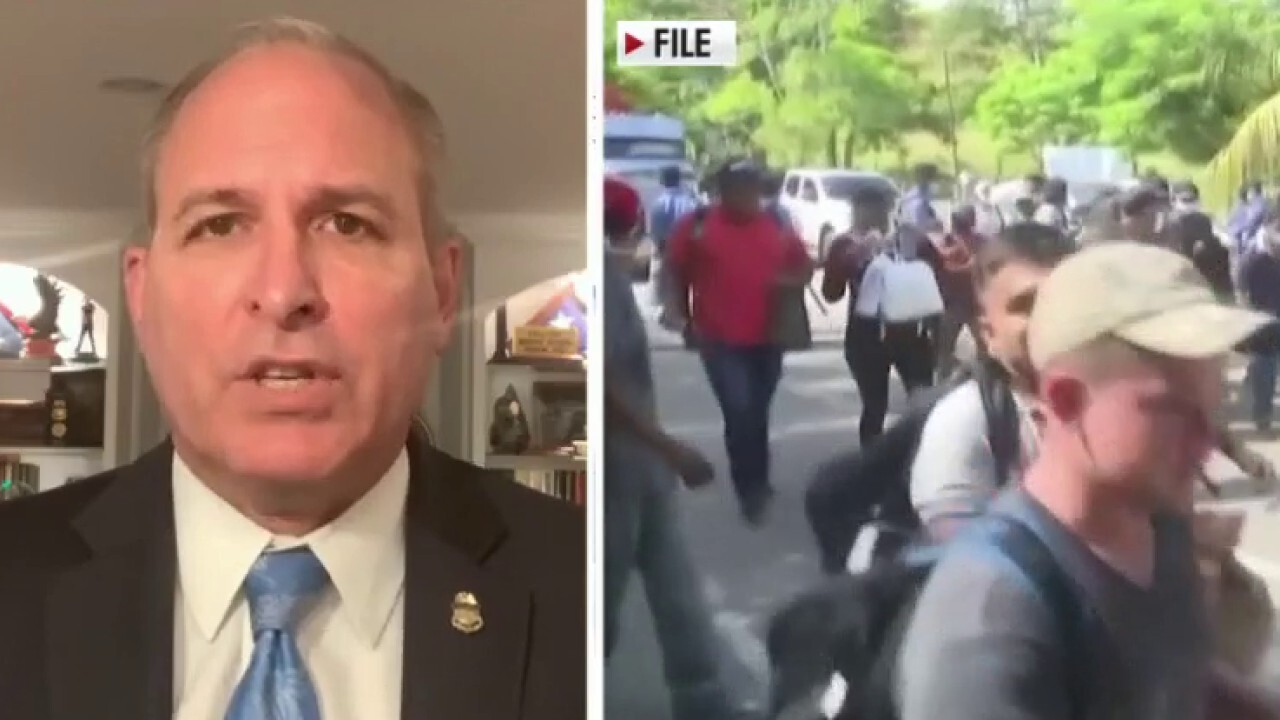 Biden officials, however, have been keen to send the message to migrants that it will not mean open borders overnight.

"Processing capacity at the border is not like a light that you can just switch on and off," incoming Biden domestic policy adviser Susan Rice told Spanish wire service EFE. "Migrants and asylum seekers absolutely should not believe those in the region peddling the idea that the border will suddenly be fully open to process everyone on Day 1. It will not."

"Our priority is to reopen asylum processing at the border consistent with the capacity to do so safely and to protect public health, especially in the context of COVID-19," she said. "This effort will begin immediately but it will take months to develop the capacity that we will need to reopen fully."

It is unclear how far the migrants will get, and Guatemalan and Mexican governments have indicated they intend to turn them back. But the caravan comes amid fears that the new outlook on immigration and asylum from the Biden administration will fuel a surge at the border.

President Trump warned this week that ending his policies and increasing incentives would lead to "a tidal wave of illegal immigration, a wave like you’ve never seen before" and that there were already signs of increased flows.