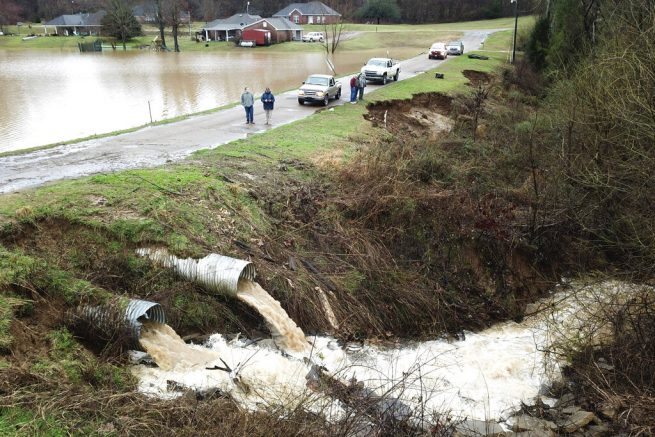 Mississippi’s governor announced a state of emergency as one of the state’s rivers raged out of control. Gov. Tate Reeves made the decision Saturday as the Pearl River is expected to reach historic flood levels.

Officials have been working to curb the flooding as much as possible downstream from the Barnett Reservoir, just north of Jackson.

During a press conference, Reeves affirmed there were shelters ready if residents should need them. He also discussed the severity of the flooding and urged residents not to be fooled by the sunny weather as the river continues to rise.

“I want to be clear, this is a historic event,” stated Reeves. “We haven’t seen flood levels like this in the area since 1983.” 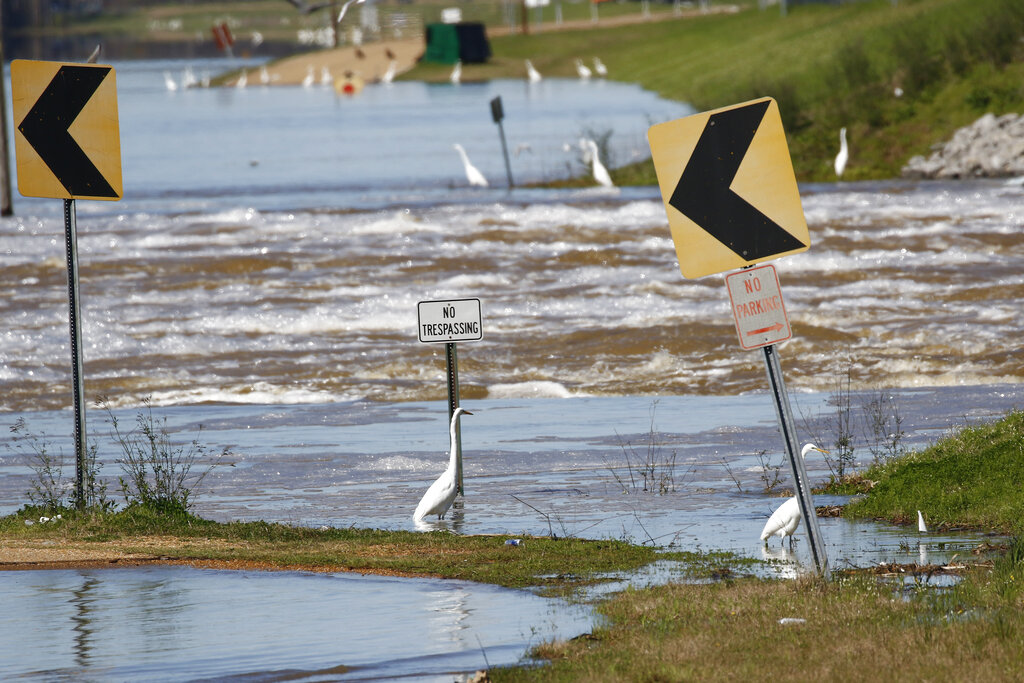 Snowy egrets take advantage of the temporary closing of the Ross Barnett Reservoir Spillway Park in anticipation of floodwaters that already have covered both sides of the popular fishing and boat landing between Madison and Rankin counties, in central Mississippi, Friday, Feb. 14, 2020. (AP Photo/Rogelio V. Solis)

The river is expected to peak at 38 feet Sunday, which is just two two feet above the major flood stage. Nearly 1,000 homes are expected to be impacted by the flooding.