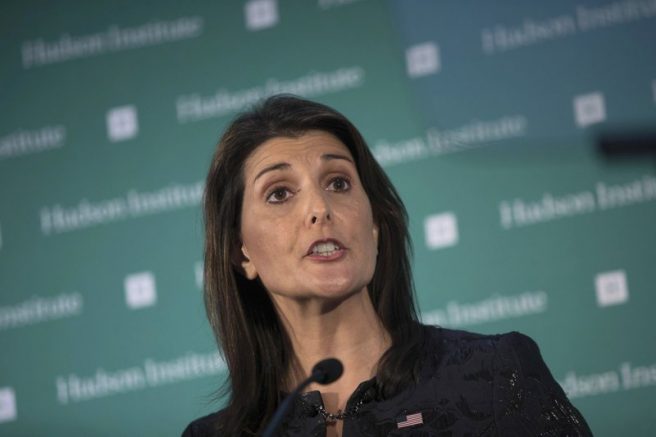 Former UN Ambassador Nikki Haley has said “we must promise each other and future generations” that America will never become a socialist country. On Wednesday, Haley stated an entire generation of Americans has grown up without knowing the suffering caused by socialism in the 20th century.

“Right now, the Democratic presidential front-runner is an avowed socialist named Bernie Sanders,” stated Haley. “Only in a prosperous country like America can people be so flippant about capitalism and so naive about socialism.”

“Socialism has failed everywhere it’s ever been tried. Instead of prosperity, it leads to poverty. Instead of opportunity, it creates dependency. Instead of liberty, it means oppression at home and often means aggression abroad. Instead of hope for a better tomorrow, socialism means a living nightmare every single day.” – Nikki Haley, Former Governor of South Carolina