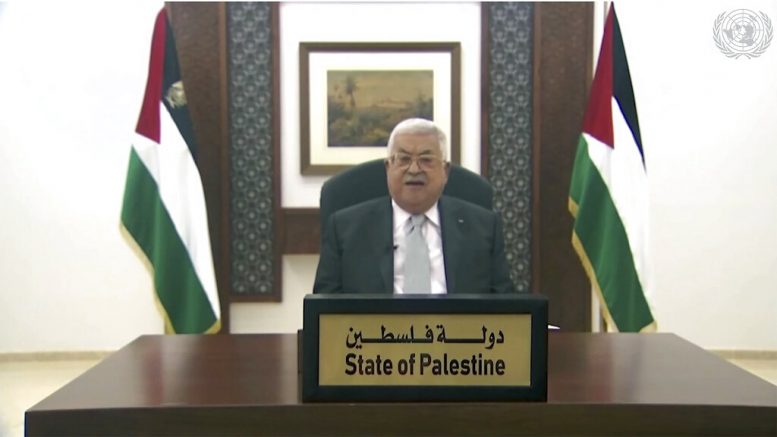 In this image made from UNTV video, Palestinian President Mahmoud Abbas speaks in a pre-recorded message which was played during the 75th session of the United Nations General Assembly, Friday, Sept. 25, 2020, at UN headquarters, in New York. (UNTV via AP)

On Friday, Palestinian President Mahmoud Abbas announced he’s seeking a “genuine peace process” between Israel and the Palestinians. In an address to the United Nations General Assembly this week, he called on the UN to lead future peace talks.

His decision to ask for the UN’s assistance came as a rejection of President Trump’s proposal to end the conflict. He has claimed that deal favored Israel.

The foreign leader went on to say peace talks should aim to end the occupation, grant Palestinians their freedom and establish East Jerusalem as the capital of their own state.

“You should all know that there can be no peace, no security, no stability or coexistence in our region without an end to the occupation, without a just and comprehensive solution to the Palestinian question, which is at the heart of the conflict,” stated President Abbas.

Palestinians also recently rejected decisions by two Arab nations to normalize ties with Israel, which they called a “violation of lasting peace.”

RELATED: ‘This Is Peace In The Middle East Without Blood All Over The Sand,’ Says President Trump On Abraham Accords