University of Michigan Regent Ron Weiser has been called "complicit" in last week’s storming of the U.S. Capitol by the writers of an online petition that calls for his resignation after he failed to place blame on President Trump.

"The evidence is clear: Ron Weiser is complicit in Wednesday’s historic and horrifying events, and continues to defend their instigators," a Change.org petition written by members of the University of Michigan community reads. "We demand that he either resign or be recalled by the Board of Regents, and we expect President Schlissel to condemn this threat to all students of color on campus."

The petition was endorsed by the current and former student government presidents, a university professor, multiple campus organizations, among others, and had more than 4,500 signatures by early Thursday.

The controversy started after Weiser said in an interview he didn’t know if Trump was to blame for the violence. 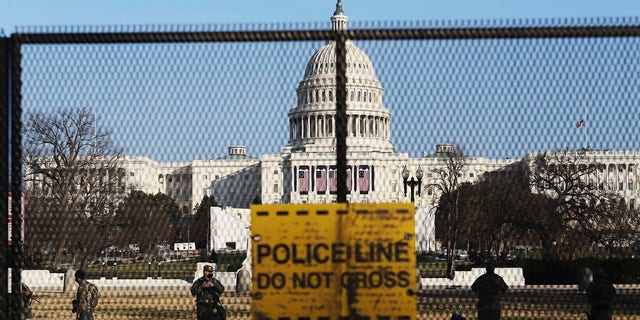 National guards are seen Wednesday, Jan. 13, 2021 on a fence that was erected to reinforce security at the Capitol in Washington. (AP Photo/Shafkat Anowar)

"I didn’t read any of that stuff and I didn’t watch television," he told Bridge Michigan in an interview published the day after the Capitol riot. "I watched Michigan destroy Minnesota in basketball, and that kind of contest is something that I strongly support."

On Thursday, he condemned the violence in a message posted to Twitter.

"I strongly condemn those people who turned into a mob and breached the capitol after what was supposed to be a peaceful protest," he wrote. "Those who broke the law should be held accountable. My heart goes out to the families of those who were unnecessarily harmed."

He added that Trump has called for a peaceful transfer of power.

On Saturday, Weiser sent a text message to Michigan Live that explained he had been at the dentist undergoing oral surgery much of that day and wasn’t completely aware of what had happened at the time he gave the interview.

"I am guilty of not watching news on TV or watching or using social media. Nothing more," he said.

"Let me be clear, the events in our nation's Capital this week were both incredibly tragic and wrong. People were misled. And that resulted in death and destruction. That is unacceptable and abhorrent," he wrote, without mentioning Trump.

He added that no one "succeeds with violence" and said, "To move forward as a party, we must acknowledge our mistakes and never let them happen again."

Weiser also told The Detroit News in a text message he wouldn’t resign.

"I condemned the violence and assault on our democracy once I was aware of what had happened," he said.

He added that his children and grandchildren are now being harassed.

To be considered an official recall petition it must have signatures from at least 25% of voters who cast ballots in the November election in the state because regents are statewide elected officials, according to Michigan Live.

Weiser did not immediately respond to an after-hours email sent by Fox News.