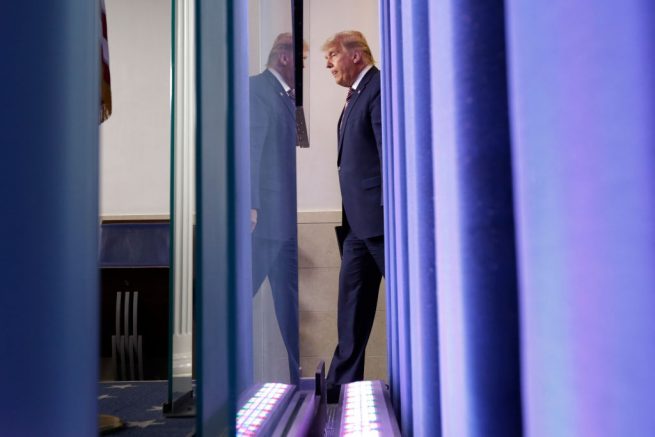 U.S. President Donald Trump arrives to speak in the briefing room at the White House on November 5, 2020 in Washington, DC. (Photo by Chip Somodevilla/Getty Images)

Additionally, 35 percent of voters did not know Joe Biden was accused of sexual misconduct. A total of 17 percent of Biden voters said they would’ve voted for President Trump if they had known of these things.

The MRC said mainstream media may have shifted elections in six key states by underreporting on Biden’s issues.

In the meantime, CNN continues to deny the possibility of voter fraud in the 2020 elections. However, footage from their own reporting reveals they previously considered voting fraud a “national security issue.”