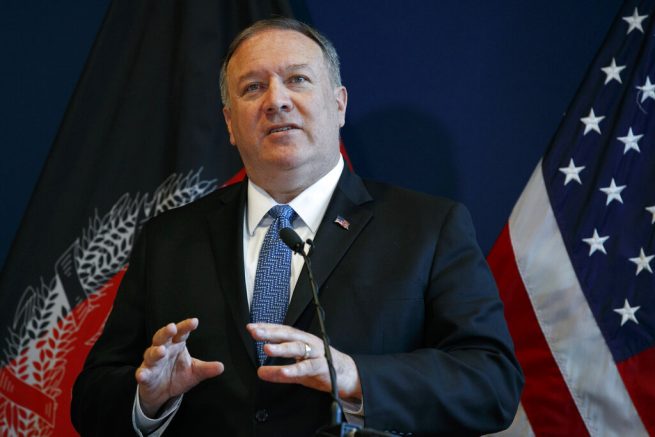 FILE – In this June 25, 2019, file photo, U.S. Secretary of State Mike Pompeo speaks during a news conference at the U.S. Embassy Kabul during an unannounced visit to Afghanistan. On Monday, March 23, 2020, Pompeo arrived in Kabul on an urgent visit to try to move forward a U.S. peace deal. (AP Photo/Jacquelyn Martin, Pool)

The Trump administration recently announced a significant cut to U.S. aid going to Afghanistan. Secretary of State Mike Pompeo said Monday the U.S. is reducing aid by $1 billion after he was unable to convince Afghan President Ashraf Ghani and his political rival Abdullah Abdullah to form a unified government.

Pompeo made an unannounced visit to Kabul on Monday in hopes of bringing both sides together to end a feud that has severely threatened U.S. brokered peace talks in the region. The secretary of state confirmed the U.S. is prepared to issue another billion dollar cut in 2021 if the political rift in the country continues.

The State Department chief also reportedly met with a Taliban spokesperson to discuss now-stalled peace negotiations between the group and the Afghan government. Afghan officials have been skeptical of the U.S.-Taliban peace talks and claimed they have been left out of most of the process.

Particularly, officials have expressed consternation over part of the deal requiring the release of 5,000 Taliban prisoners provided the Taliban reduces violence in the region. This is a provision the Afghan government reluctantly agreed to. 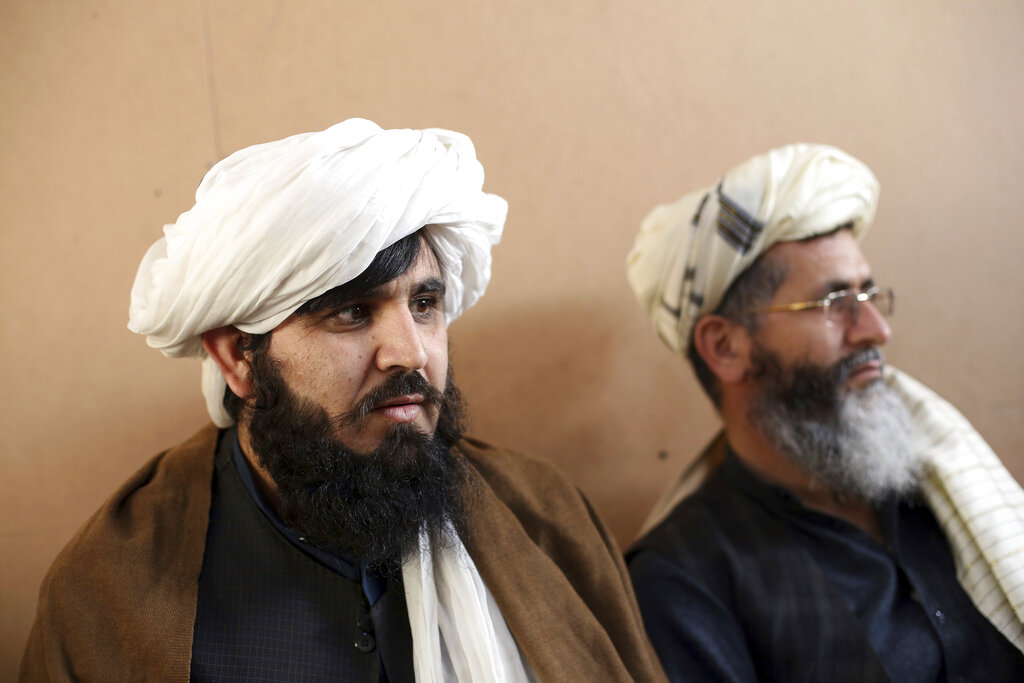 FILE- In this Dec. 14, 2019, file photo, jailed Taliban are seen after an interview with The Associated Press inside the Pul-e-Charkhi jail in Kabul, Afghanistan. (AP Photo/Rahmat Gul, File)

“The process and conditions for the Taliban’s prisoners release is very clear in the decree, but the implementation of the decree depends on the actions of the Taliban and their visible commitment to reduce violence, its continuation (violence), a ceasefire and direct negotiations with the Islamic Republic of Afghanistan,” stated Sediq Seddiqi, presidential spokesperson for Afghanistan.

Pompeo has reportedly said the Taliban has mostly held true to its promise to reduce violence and that the U.S. plans on continuing with its plans to pull thousands of troops out of the region. He also said Monday that the U.S. would be willing to reinstate much of its aid if the Afghan government is able to continue negotiations.