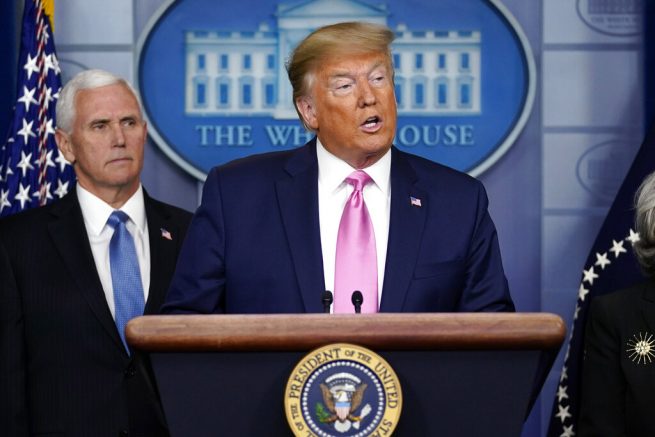 President Donald Trump, with Vice President Mike Pence, and other members of the President’s Coronavirus Task Force speaks during a news conference in the Brady Press Briefing Room of the White House, Wednesday, Feb. 26, 2020, in Washington. (AP Photo/Evan Vucci)

On Wednesday, President Trump delivered an update on the handling of the coronavirus in the U.S. He emphasized that the administration’s number one priority is to keep the American people safe.

During a rare address from the White House briefing room, the president touted the tremendous success his administration has had with containing the disease, including the screening of people from regions with infections.

He added the U.S. is working on a number of potential vaccines, one of which is ready for trials.

The president went on to cite a recent report, which named the U.S. as the country most prepared to handle the coronavirus.

“We have the greatest experts in the world right here, people that are called upon by other countries when things like this happen,” he said. “We’re ready to adapt, and we’re ready to do whatever we have to as the disease spreads, if it spreads.”

Moving forward, he announced that Vice President Mike Pence will head the coronavirus task force. Pence is expected to reach out to state governors to ensure they have the resources they need to combat the virus.

“I know full well the importance of presidential leadership…and the vital role of partnerships of state and local governments, (as well as) health authorities, in responding to the potential threat of dangerous, infectious diseases,” stated the vice president. 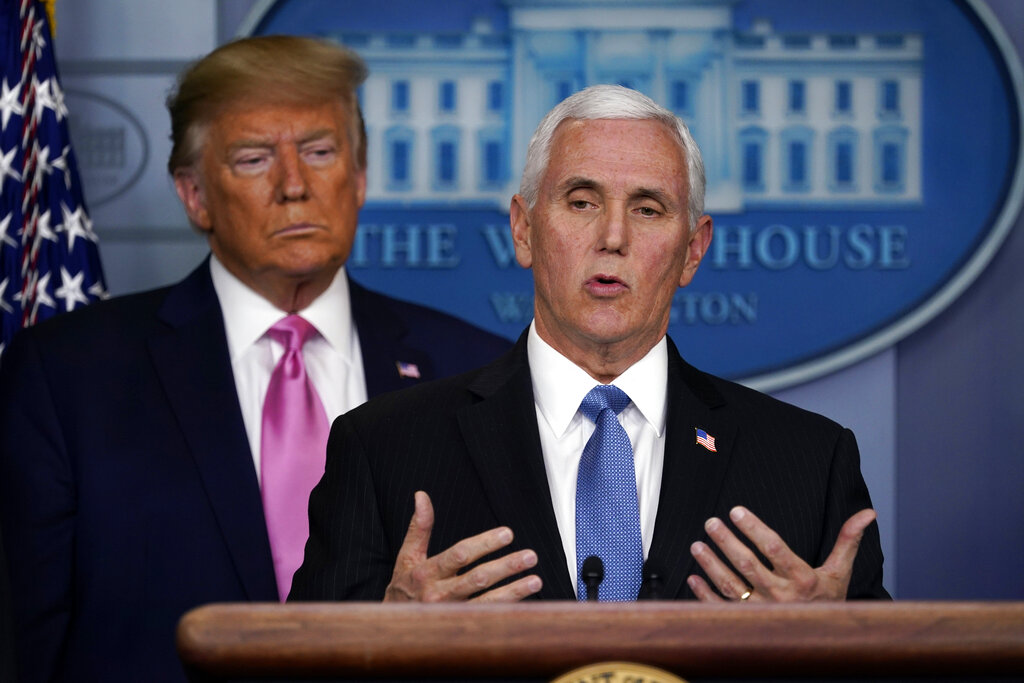 During the press conference, Health and Human Services Secretary Alex Azar thanked the president for his strong leadership. He said he “could not be more delighted that you’ve asked the vice president…to lead this whole government approach with us.”

“The president’s early and decisive actions, including travel restrictions, have succeeded in buying us incredibly valuable time,” stated Azar. “This has helped us contain the spread of the virus, handle the cases we have, and prepare for the possibility that we will need to mitigate broader spread of infections within the United States.”

The secretary went on to say that the threat of the coronavirus in the U.S. remains low.

“We’re grateful for hard work that healthcare workers, first responders, communities, state and local leaders have put into the response so far,” he added. “Because of this hard work and the president’s leadership, the immediate risk to the American public continues to be low.” 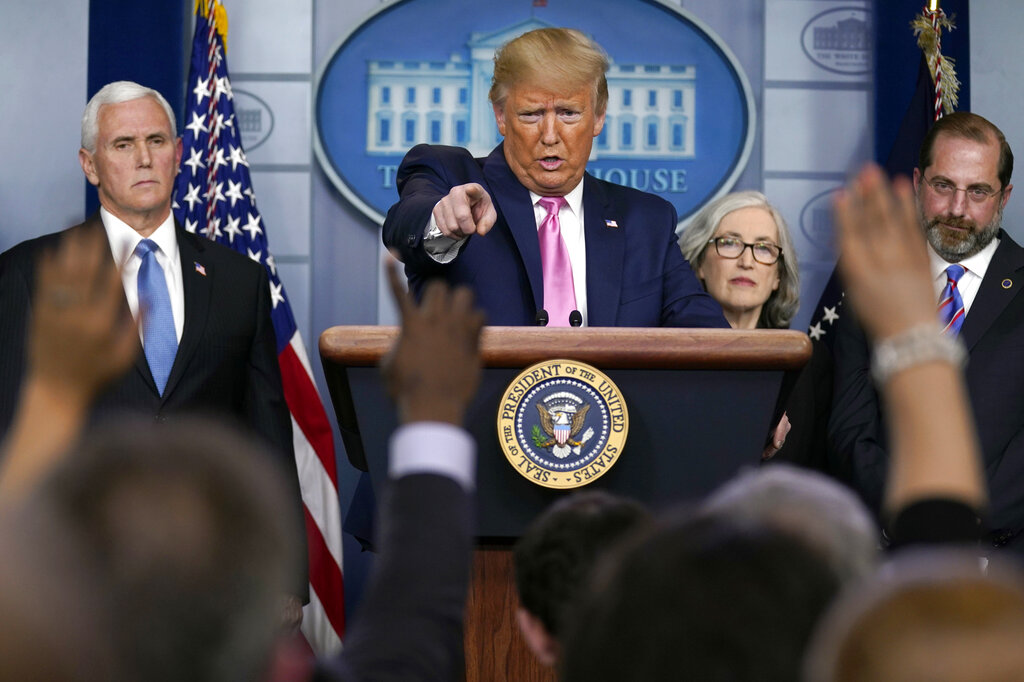 President Donald Trump, with members of the president’s coronavirus task force, speaks during a news conference in the Brady Press Briefing Room of the White House, Wednesday, Feb. 26, 2020, in Washington. (AP Photo/Evan Vucci)