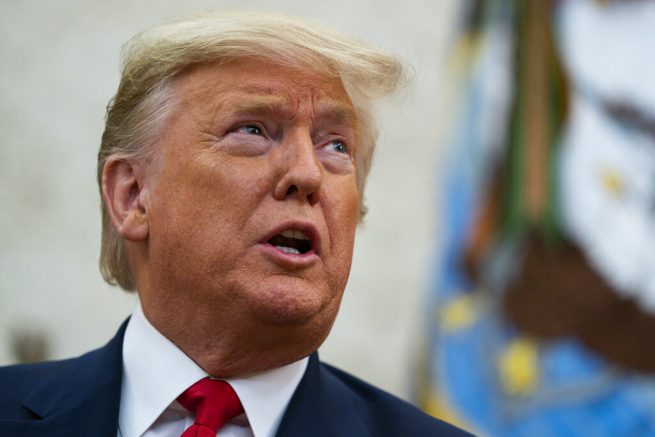 According to President Trump, the main take-away from the impeachment process is that Democrat lawmakers are corrupt. While speaking to reporters at the White House Wednesday, he suggested top Democrats are guilty of wrong doing.

The president was reiterating his previous claim that the impeachment process should have never started. He pointed out that Democrats have spared no effort to attack his administration for no reason at all with help from the media.

When asked what he learned from the impeachment process, President Trump didn’t hesitate to say the main thing he gathered was simply that the Democrats are crooked.

“They got a lot of crooked things going…that they’re vicious…that the shouldn’t have brought impeachment,” he stated. “And my poll numbers are ten points higher because of fake news like NBC, which reports the news very inaccurately. ”

The president has continued his calls to investigate the origins of the Russia investigation as well as impeachment and said those responsible must be held accountable.

RELATED: Impeachment Will Cause Democrats To Lose House In 2020, according to pollster