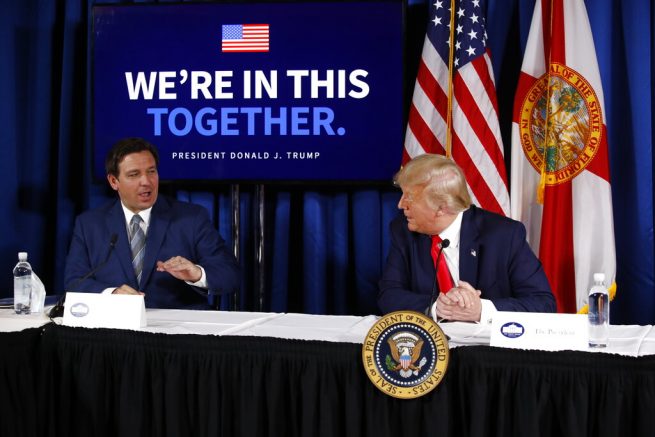 The president held a storm preparedness roundtable with the governor of Florida on Friday. During the meeting, President Trump confirmed the White House will be in constant contact with several southern states, including Georgia and Alabama, about Hurricane Isaias.

According to him, state officials have been keeping an eye on how the storm is progressing.

His administration has also sent aid to help American territories that were already been impacted by the storm. 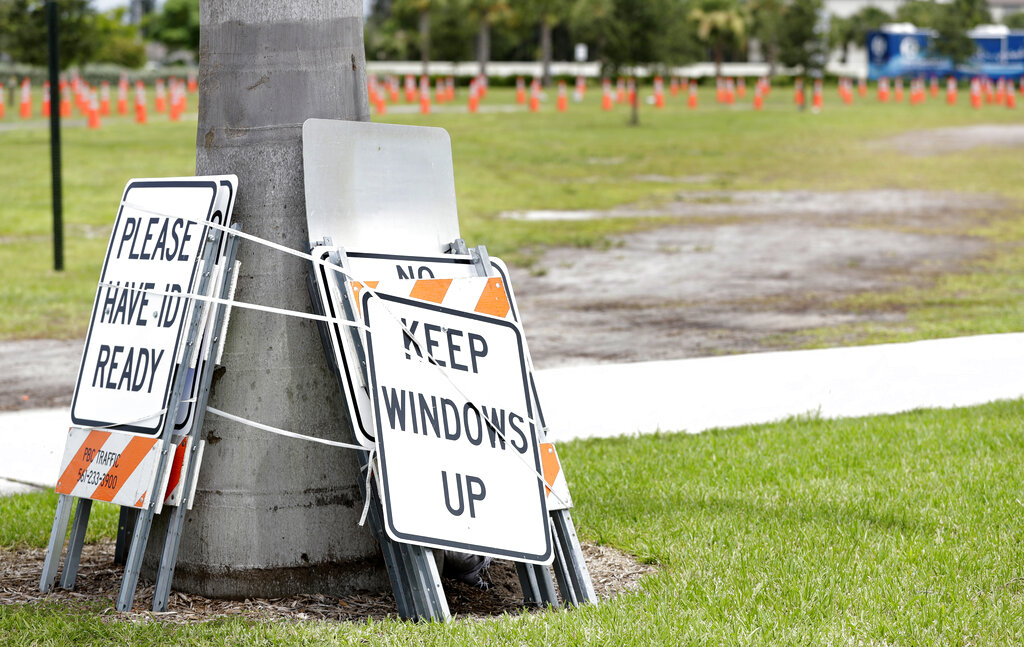 Signs lashed to a palm tree are shown at a closed COVID-19 testing site at the FITTEAM Ballpark of The Palm Beaches Saturday, Aug. 1, 2020, in West Palm Beach, Fla. (AP Photo/Wilfredo Lee)

“It’s pretty severe, a lot of water coming in. It’s approaching the Florida coast. The storm’s already passed through Puerto Rico and the Virgin Islands. I’ve approved emergency declarations for both of those areas. FEMA is closely coordinating with Florida, with your governor.” – Donald Trump, 45th President of the United States

Governor Ron DeSantis reiterated he is closely monitoring the track of the storm and that the state has done everything possible to prepare.