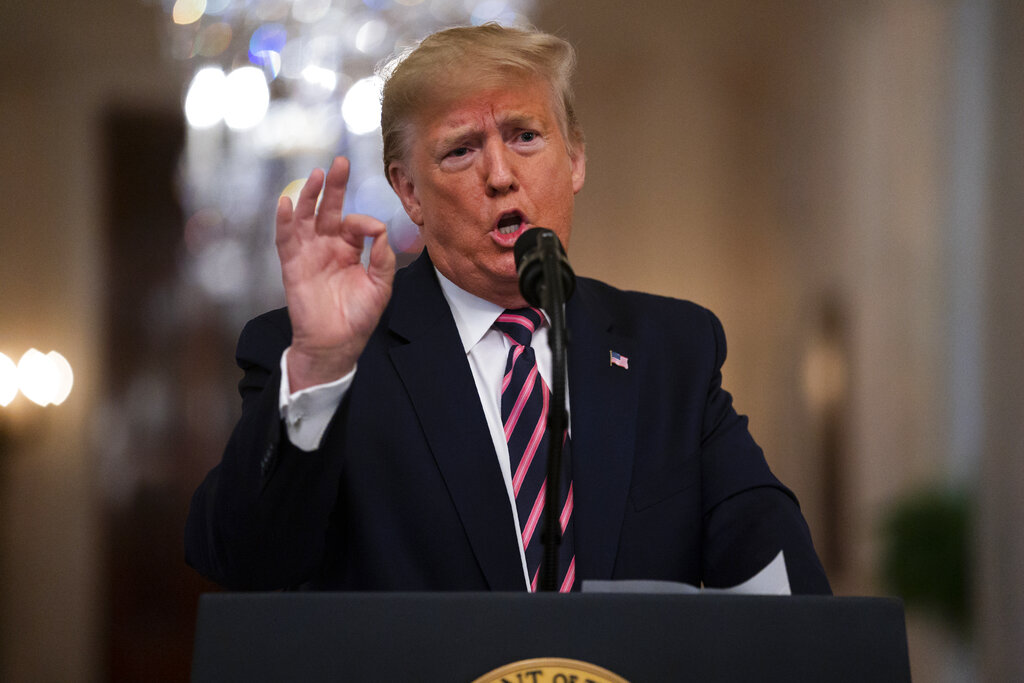 President Trump blasted Adam Schiff and Nancy Pelosi for spearheading the failed impeachment effort against him. In his address to the nation on Thursday, the president said Schiff and Pelosi led a partisan attack on his administration under the pretext of defending “American democracy.”

He added the two Democrats used unfair and questionable methods to achieve their political goals. He said the failure of the impeachment hoax has exposed their true intentions.

The president also ripped into Republican Sen. Mitt Romney, who voted against him during the Senate impeachment trial.

“Had failed presidential candidate Mitt Romney devoted the same energy and anger to defeating a faltering Barack Obama as he sanctimoniously does to me, he could have won the election,” President Trump said on Twitter.

He went on to emphasize that a political attack like the “Russia witch hunt” must never happen again. The president said his administration had to “go through hell” despite doing nothing wrong. President Trump then slammed former FBI Director James Comey and Democrat officials for weaponizing government agencies against him.

“We were treated unbelievably unfairly. And you have to understand, we first went through Russia, Russia, Russia. It was all bullshit. We then went through the Mueller report. They should have come back one day later, they didn’t. They came back two years later after lives were ruined, after people went bankrupt, after people lost all their money.” – President Donald Trump

The president also warned that witch hunts and hoaxes can very quickly go out of control and may inflict great damage to the U.S. 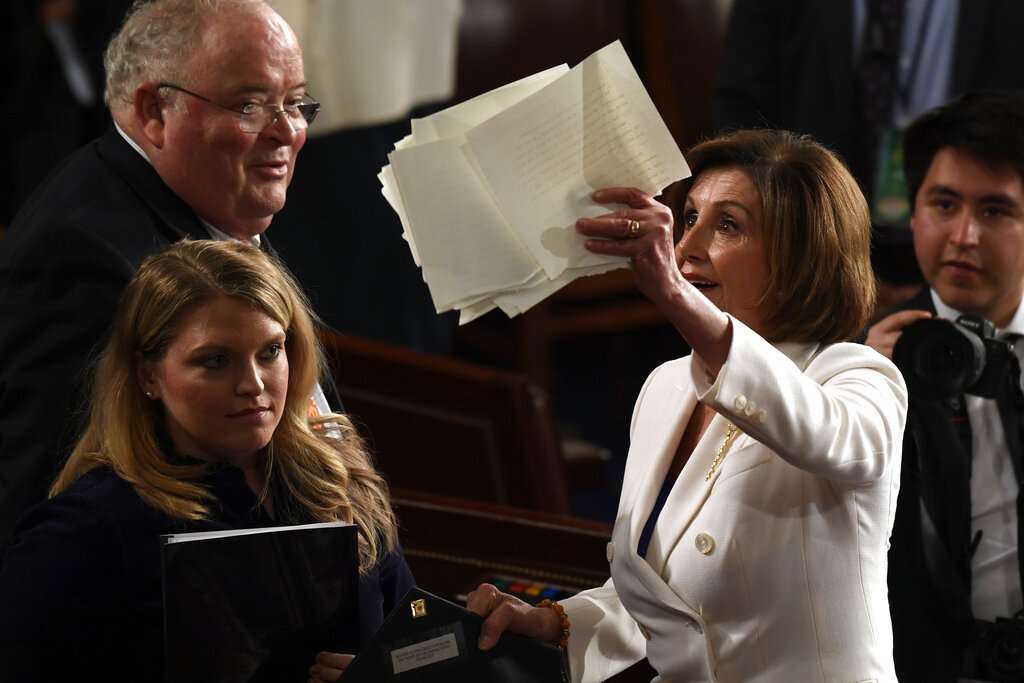 House Speaker Nancy Pelosi of Calif., holds up a copy of President Donald Trump’s State of the Union address to a joint session of Congress that she tore up on Capitol Hill in Washington, Tuesday, Feb. 4, 2020. At left Rep. Billy Long, R-Mo. (AP Photo/Susan Walsh)

Meanwhile, Democrat Party officials have shown no sign of remorse for their failed attacks on the president. On Thursday, House lawmakers rejected a Republican-proposed measure to condemn Nancy Pelosi for tearing up a copy of President Trump’s latest State of the Union address.

GOP lawmakers said the House speaker’s actions were appalling and shameful. However, Pelosi claimed she ripped up the president’s speech to “get attention” and added she doesn’t need lessons on dignity.

Rep. Mike Johnson has accused her of committing a felony, citing a rule about the destruction of official House records. Johnson said Pelosi broke the rule when she ripped a copy of the president’s speech on Tuesday night.

The Louisiana Republican said President Trump gave Pelosi a copy for her to protect, not to destroy, which could make her criminally liable. He then blasted pundits, who argued the documents were Pelosi’s personal property and not official government papers.

Congressman Matt Gaetz has since announced he’ll file an ethics complaint against Pelosi.