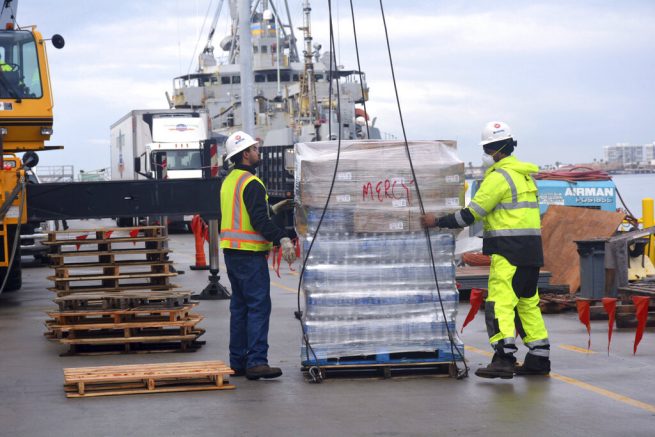 In this image released by the U.S. Navy, supplies are prepared to be lifted aboard the USNS Mercy, Friday, March 20, 2020, at Naval Base San Diego, in preparation to support the nation’s COVID-19 response efforts. The hospital ship will treat non-COVID-19 patients which will allow local health professionals to further focus on treating COVID-19 patients. (Sarah Burford/U.S. Navy via AP

President Trump has approved the governor of California’s request to deploy a U.S. Navy hospital ship to Los Angeles.

On Sunday, Gov. Gavin Newsom announced the plan to send the USNS Mercy to the state’s most populous city. He also thanked the president for his quick response. The vessel will provide extra support amid the surge of coronavirus patients.

Meanwhile, the USNS Comfort is being sent to the New York City area. Both states have seen increased numbers of virus cases and have issued shelter-in-place orders to stop the spread of the virus.

Gov. Newsom recently sent a harsh message to his state’s youth. During a COVID-19 response update the California official made the following remarks:

“Just assume that you potentially are contagious and act accordingly. Socially distance yourself from others, just use common sense. Be a good neighbor, be a good citizen. To the young people who are still out there on the beaches thinking this is a party — it’s time to grow up, it’s time to wake up.” 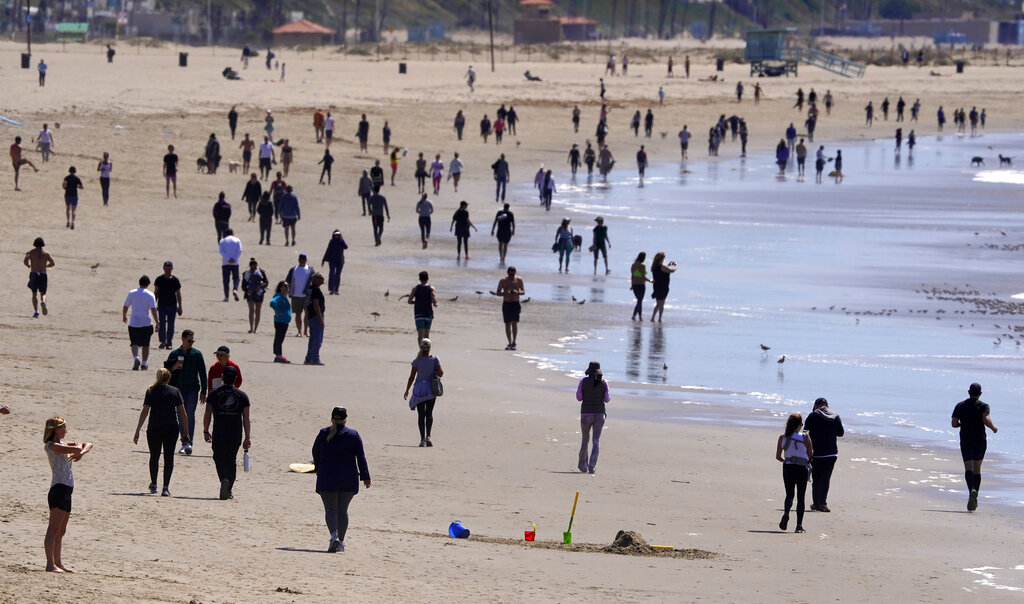 Beachgoers are seen at Venice Beach, Saturday, March 21, 2020, in Los Angeles. Traffic would normally be bumper-to-bumper during this time of day on a Friday. California Gov. Gavin Newsom ordered the state’s 40 million residents to stay at home indefinitely. His order restricts non-essential movements to control the spread of the coronavirus that threatens to overwhelm the state’s medical system. (AP Photo/Mark J. Terrill)

Meanwhile, the mayor of San Diego has now closed its beaches and has threatened a $1,000 for anyone who continues to violate the emergency order.