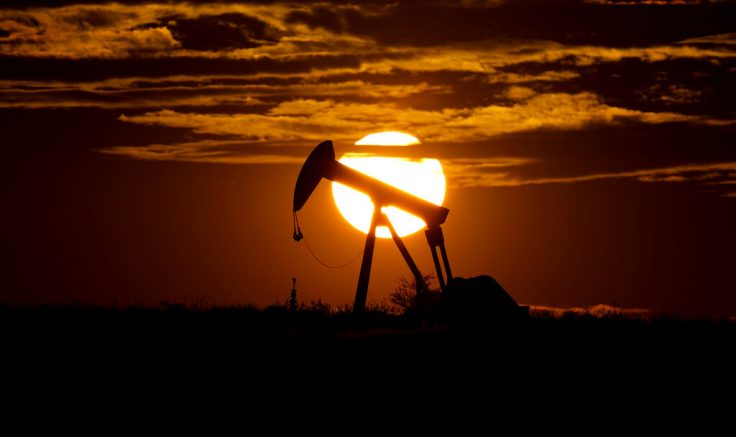 The sun sets behind an idle pump jack near Karnes City, Texas, Wednesday, April 8, 2020. Demand for oil continues to fall due to the new coronavirus outbreak. (AP Photo/Eric Gay)

President Trump is weighing his options regarding a spike in the world production of oil. While speaking to reporters on Wednesday, he said U.S. oil producers have already cut production in response to the increased supply.

The president added that many options remain open to the U.S. should Saudi Arabia and Russia not reduce their output. He also lamented the move’s damage to both Saudi and Russian economies as the sudden increase in supply coincided with a 40 percent market knockdown due to the COVID-19 pandemic.

President Trump concluded by saying a great deal of progress has already been made on the issue and he will be paying close attention to an OPEC meeting scheduled for Thursday.