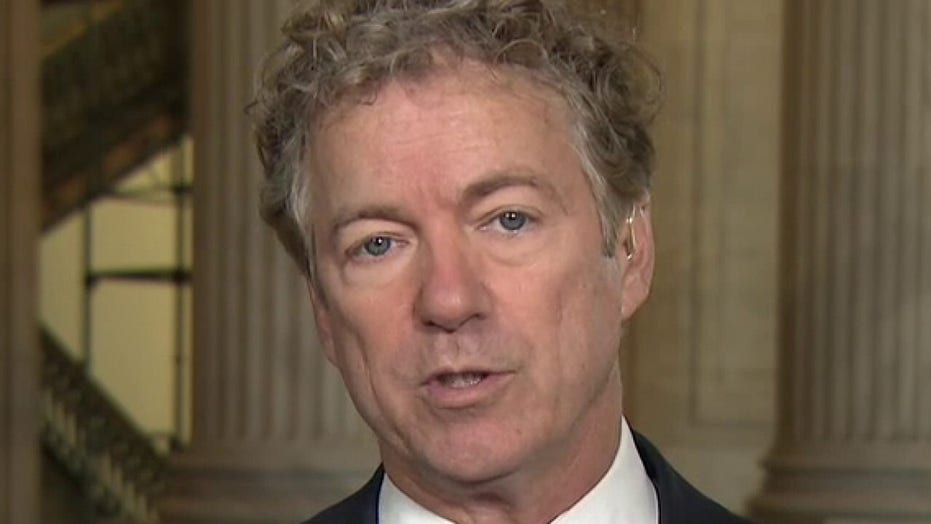 Sen. Johnson is 'justifiably mad' when being accused of not being loyal to the US: Sen. Rand Paul

Sen. Rand Paul, R-Ky., said Thursday that Hunter Biden "deserves the same justice that Paul Manafort got" but opposed appointing a special counsel to oversee the investigation into his tax affairs.

Responding to President-elect Joe Biden's "confident" claim that his son did nothing criminal, Paul said he should show it by bucking tradition on new presidents removing all U.S. attorneys. The younger Biden is under federal investigation for, among other things, his overseas business dealings.

"If he's confident, he should leave in place the U.S. Attorney [in Delaware] who's investigating Hunter Biden," Paul told "Fox & Friends." "Traditionally, when a new president comes in, they fire all the U.S. attorneys. If he wants to show that this is going to be an upright, upstanding Biden administration … he needs to leave that U.S. attorney in place."

Paul said if Biden did fire the prosecutor in the first weeks of his presidency, justice wouldn't be served.

"Hunter Biden deserves the same justice that Paul Manafort got. Nothing less, nothing more," he said, referring to President Trump's former campaign chairman who was imprisoned for various financial crimes.

Some Republicans have called for the Justice Department appointing a special counsel before Biden takes office to look into the matter, but Paul said he opposed it because those kinds of prosecutors were "too powerful."

Paul also commented on a tense moment during Wednesday's Homeland Security Committee hearing on voter fraud allegations between Chairman Ron Johnson, R-Wis., and ranking member Gary Peters, D-Mich., where the two traded accusations of spreading Russian disinformation. Paul said Johnson was justified to be angry with Democrats for making a false charge of aiding an adversary.

"It's the same kind of crap that the left has been doing over and over again," he said. "'You work for Putin or Moscow Mitch and all this craziness, but it's very insulting … Who wants to be accused by someone of not being loyal to your country?"

Paul called for any allegations of double-voting, dead people voting, and other alleged fraudulent activity to be aggressively prosecuted.

President Trump has repeatedly claimed he did not truly lose the election, but his efforts to overturn the result in court have failed and more Republicans have begun to accept Biden as the president-elect.