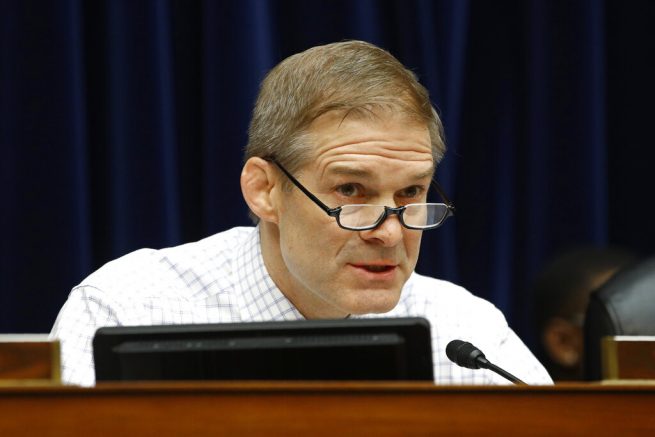 FILE – In this Wednesday, March 11, 2020 file photo, Rep. Jim Jordan, R-Ohio, speaks during a House Oversight Committee hearing on preparedness for and response to the coronavirus outbreak on Capitol Hill in Washington. (AP Photo/Patrick Semansky)

Congressman Jim Jordan (R-Ohio) has sounded the alarm over new revelations about FISA abuses by the Obama era FBI. Jordan sent a letter to House Judiciary Chair Jerry Nadler this week, which urged him to call DOJ Inspector General Michael Horowitz to testify.

This came after Horowitz released another damning report, which stated he found problems in 29 applications for FISA warrants to spy on American citizens.

Jordan has said Obama era FBI agents made procedural violations in obtaining surveillance warrants. This included failing to verify every piece of evidence that was cited in FISA applications.

“The best evidence it’s never going to stop is what happened two weeks ago. They went to the intelligence community,…briefs Adam Schiff and others on Capitol Hill about this Russia trying to influence 2020 election. Turns out what they told him was inaccurate, it was misrepresented. The same thing they did to him in 2016, they’re trying to do again in 2020.” – Jim Jordan, U.S. Representative

According to reports, the latest Horowitz report may derail the reauthorization of FISA, which was passed by Congress last month.