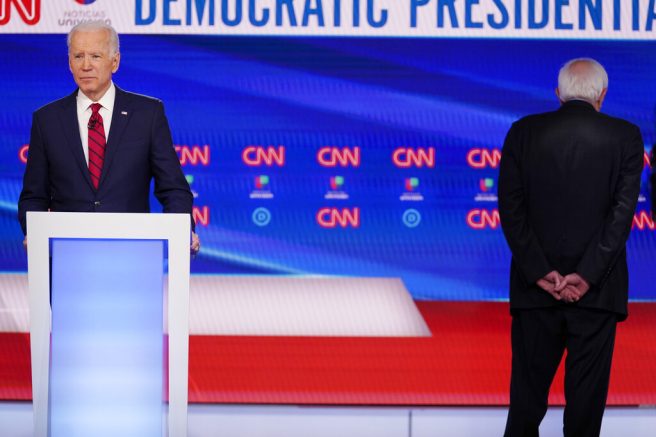 Sen. Bernie Sanders, I-Vt., right, walks to the back of the stage during a commercial break as he participates in a Democratic presidential primary debate with former Vice President Joe Biden, left, at CNN Studios, Sunday, March 15, 2020, in Washington. (AP Photo/Evan Vucci)

A wealthy megadonor appears to be backing presidential candidate Joe Biden with a hidden agenda. That’s according to The National File, which claimed Democrat donor and chairman of BLS Investments Bernard Schwartz chose to support Biden as part of an overarching plan to keep Bernie Sanders out of office.

Schwartz has reportedly donated $100,000 to a pro-Biden super PAC in addition to a near $1 million donation to Biden’s ex-foundation before he ran for president.

The National File suggested the move was expected as Schwartz funded former President Bill Clinton’s campaign back in the 90s, which allegedly helped him sell his satellite technology to China.

Schwartz allegedly pressured House Speaker Nancy Pelosi and Senate Minority Leader Chuck Schumer to follow his lead. He allegedly hopes that by getting more lawmakers to back Biden, it will prevent Sanders from winning the Democrat nomination.

However, Pelosi said she’s comfortable with Sanders winning the bid and stated that she will support anyone who wins the nomination “enthusiastically.” 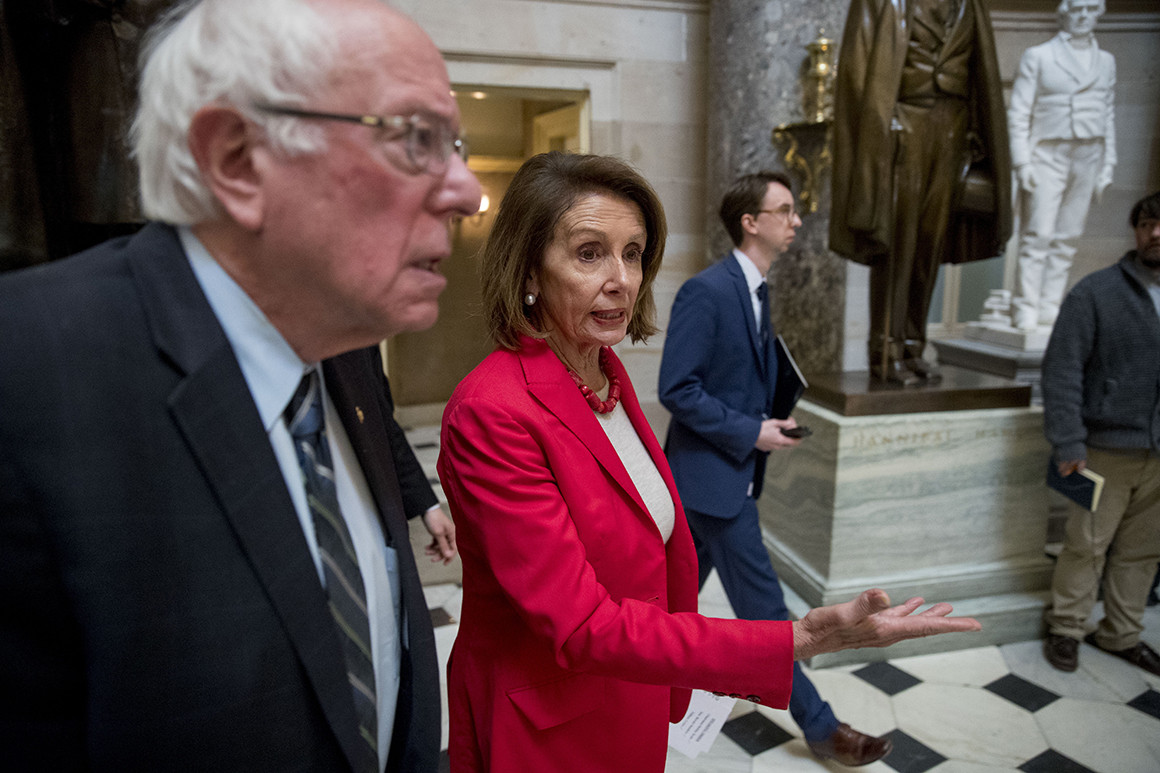 Schumer has also stayed neutral. When reporters asked him last month about Sanders’ campaign he said, “we have a lot of strong nominees, I’m not supporting one over the other, but I think every one of them will beat President Trump.”

As Schwartz has proven to be a major contributor to congressional Democrats, it’s possible the megadonor could potentially convince lawmakers to back Biden over Sanders.

RELATED: How moderate is Joe Biden?