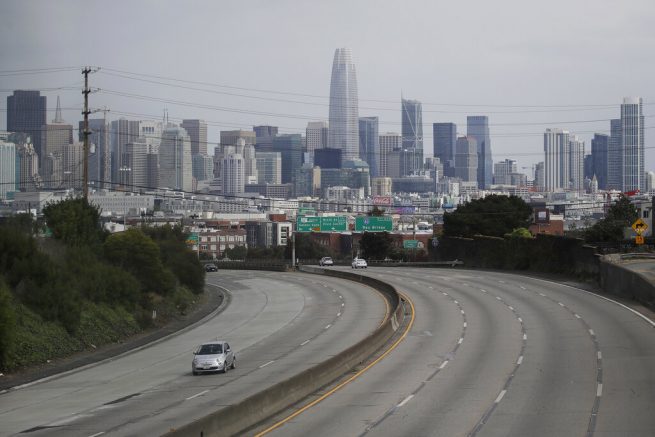 FILE – In this March 29, 2020, file photo, traffic is sparse on Highway 101 in San Francisco amid coronavirus concerns. Citing the unprecedented challenges created by the coronavirus pandemic, city officials across California are asking Gov. Gavin Newsom to suspend or delay numerous state laws, saying they can’t comply with everything from environmental regulations to public records laws that allow the public to see how the government spends public money. (AP Photo/Jeff Chiu, File)

California’s strict social distancing guidelines appear to be having a positive impact on slowing the spread of coronavirus. According to the Los Angeles Times Tuesday, California has been among the most effective states in mitigating the spread of COVID-19, which has partially been attributed to its shelter-in-place order that was enacted soon after the virus was first detected in the state.

Some jurisdictions may be taking notes from the Golden State on how to effectively tackle the outbreak because of this. However, there are still some concerns California may not be out of the clear just yet, particularly among its elderly population.

Recent reports have found staff and patients in nursing homes across California have been infected with the virus, which health officials find particularly concerning considering the high mortality rates among older people.

Furthermore, Gov. Gavin Newsom (D) said Monday the number of cases rose significantly within a four-day period with the number of patients admitted to the ICU more than doubling.

There’s also the problem of a shortage of testing kits and ventilators as health care workers say it’s possible many more people may have the virus than what has been reported. They also say many others who have tested positive, may not be receiving the care they require.

“This pandemic is overwhelming and it’s not just overwhelming where I’m at, where I work. It’s overwhelming in hospitals all across the country and we know that in other countries, the same. It’s just so many people that need the breathing machines that just simply haven’t been, just haven’t been manufactured yet.” 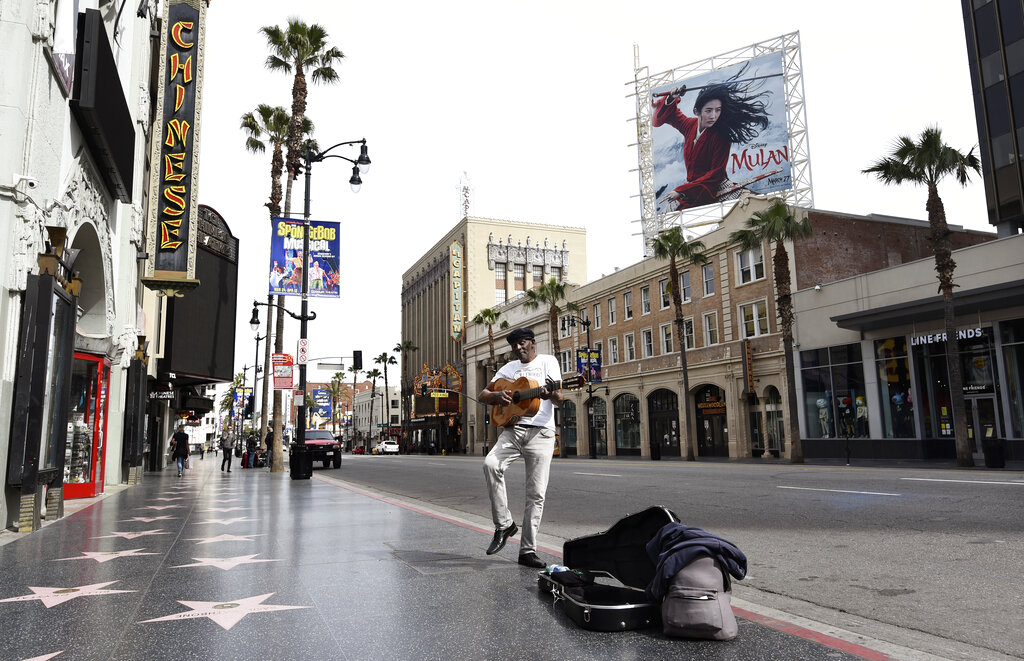 California was among the first states to issue a statewide stay-at-home order, which started March 19 and could potentially be the difference between life and death for many living in the Golden State. New York, on the other hand, issued its stay-at-home order two days later. According to health officials, New York is expected to see a larger peak in cases than California will likely have.