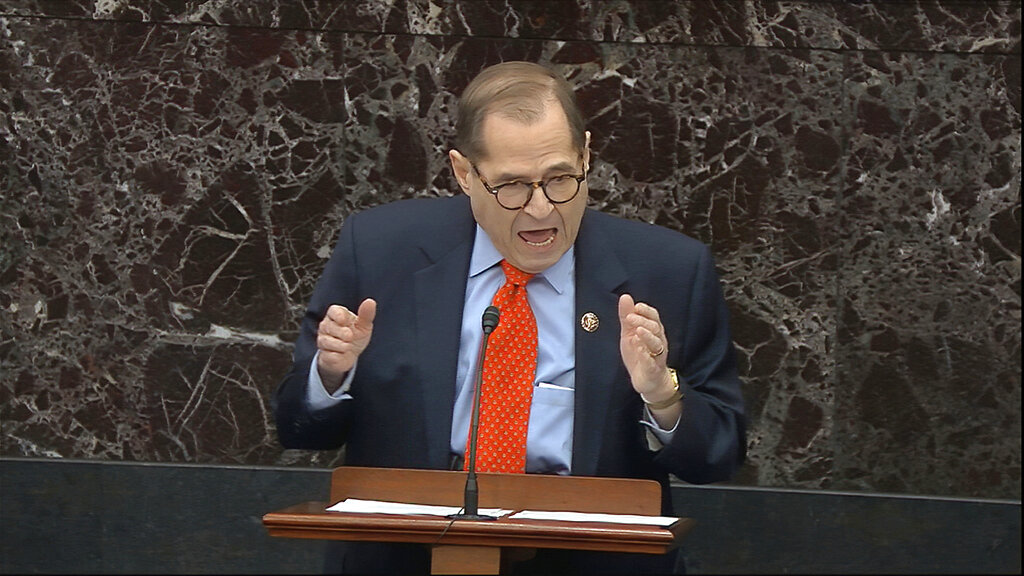 In this image from video, House impeachment manager Rep. Jerrold Nadler, D-N.Y., answers a question during the impeachment trial against President Donald Trump in the Senate at the U.S. Capitol in Washington, Wednesday, Jan. 29, 2020. (Senate Television via AP)

On Friday, President Trump highlighted a tense moment between lead impeachment manager Adam Schiff and Rep. Jerry Nadler. On Twitter, the president stated “Nadler ripped the final argument away from Schiff and thinks Schiff did a terrible job” during Thursday’s Senate impeachment hearing.

He added the two lawmakers “are fighting big time!”

The president then shared a video of Nadler stealing Schiff’s thunder for the final word after the lead manager tried to get his attention by calling out his name.

After Nadler was done speaking, Senate Majority Leader Mitch McConnell adjourned the Senate for the evening. 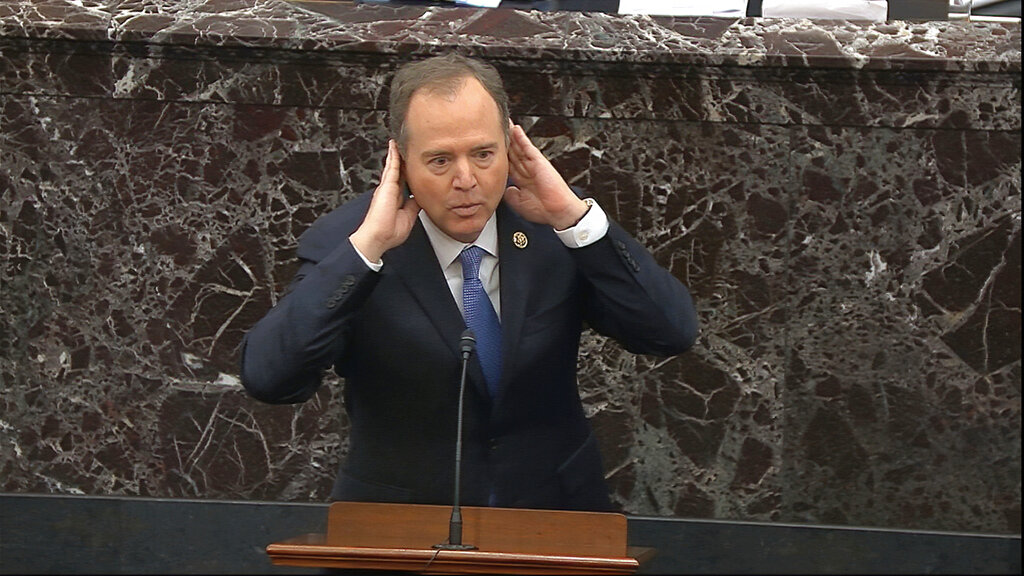 In this image from video, House impeachment manager Rep. Adam Schiff, D-Calif., answers a question during the impeachment trial against President Donald Trump in the Senate at the U.S. Capitol in Washington, Thursday, Jan. 30 2020. (Senate Television via AP)

Lawmakers on Capitol Hill have said the Senate impeachment trial may spill over into next week.

On Friday, senators said the final steps could last until Wednesday depending on two key issues: how long senators plan to deliberate and how inclined Senate Minority Leader Chuck Schumer will be to cooperate with Mitch McConnell.

After the witness vote, the Senate will likely proceed to another vote to lay out the rules for closing the trial before voting to acquit the president.

READ MORE: Senate To Conclude Closing Arguments In Impeachment Trial Before Vote On Whether To Call Witnesses