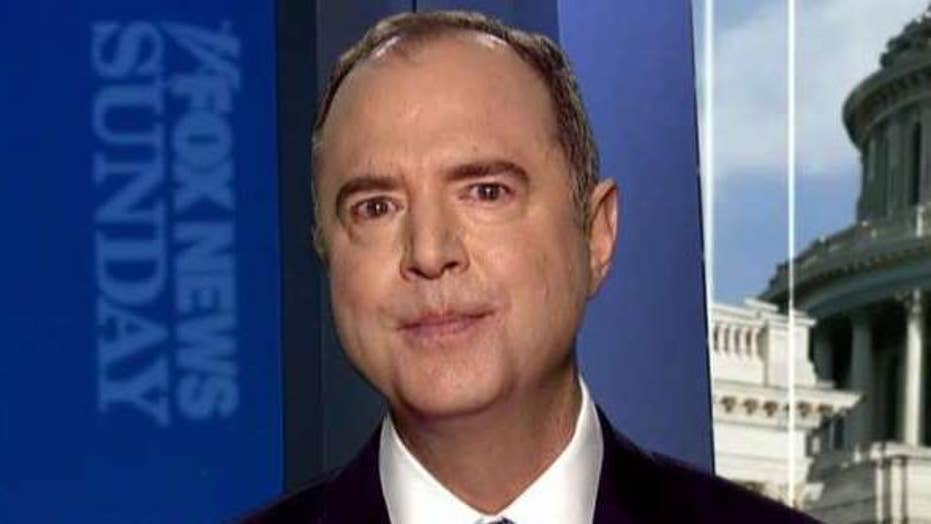 In an interview that aired on “Fox News Sunday,” Schiff said that of the two articles of impeachment brought last week against Trump, he considers obstruction of Congress to be the most serious. The other article brought against the president is abuse of power.

“I would just say to my Republican colleagues – who appear to be on the verge of shirking their constitutional duty — if they're prepared to say a president can simply say no to any congressional subpoena and tie up the Congress for years in litigation, it is going to have to accept corruption, malfeasance, negligence, misconduct in any future president – Republican or Democrat,” Schiff told Fox News anchor Chris Wallace. “Are we really prepared to go down that road?”

Schiff added: “In many respects I consider this to be the most serious of the articles because it would fundamentally alter the balance of power and allow for much greater misconduct in the chief executive of the country.”

Schiff – who has become arguably the most visible Democratic face in the impeachment process – also balked at the assertion that he was a fact witness and should have been called to testify before the House Judiciary Committee last week. Republicans have consistently called for Schiff to testify amid reports that he, or his staff, had contact with the whistleblower who first reported concerns about Trump’s July phone call with Ukrainian President Volodymyr Zelensky.

“This isn’t about fact witness,” he said. “There are, in fact, members of Congress who are witnesses.

He continued: Senator [Ron] Johnson [a Wisconsin Republican] had a discussion with the president. Senator [Lindsey] Graham [a Republican from South Carolinia] had discussions with the president about the withholding of aid. They may be fact witnesses. We didn’t seek to call them. We’re not seeking to make a circus out of this.”

A full U.S. House vote is likely to come this upcoming week before Congress adjourns for the year, and the Senate is likely to vote in January or February.