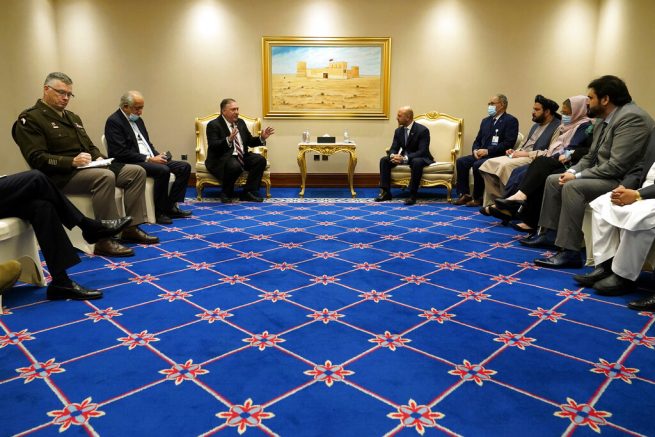 The Trump administration is, once again, holding peace talks with the Taliban. Secretary of State Mike Pompeo arrived in Doha, Qatar on Saturday as part of an ongoing tour throughout Europe and the Middle East.

His trip comes as the Pentagon plans to reduce the number of U.S. military personnel in Afghanistan from 4,500 to 2,500 by mid-January, which is all part of President Trump’s pledge to bring U.S troops home.

“It will continue, the talks and the support from the United States, for the continuation of the talks will continue,” stated the Afghani chief executive officer. “What form and what shape it will take, that remains to be seen, but they (the U.S.) will certainly push for peaceful settlement.

Pompeo spoke with the ruler of Qatar to discuss the current climate of peace in the region and encouraged future talks of a permanent ceasefire with Afghanistan.

Before leaving Doha, Pompeo took to Twitter to note he’s confident the U.S. can build on its efforts to bring greater security and prosperity to the region.