Sen. Graham on Trump's 'Scarlet Letter' impeachment: 'This is insane at every level'

Sen. Lindsey Graham, R-S.C., argued on Sunday that pursuing the "Scarlet Letter" impeachment of President Trump after he leaves office will ruin the start of Joe Biden's presidency and urged the president-elect to "stand down."

Speaking during an interview on "Sunday Morning Futures," the South Carolina Republican senator pressed Biden to oppose the impeachment push.

"You talk about unifying the country, if you do not stand up against the impeachment of President Trump after he leaves office, you're an incredibly weak figure in American history," Graham said.

Graham stressed that he believes pursuing impeachment after Trump leaves office "will further divide the country."

He went on to urge Biden to "stand up to the radical left" and tell Senate Minority Leader Chuck Schumer, D-N.Y., to dismiss what he believes is "an unconstitutional attempt to impeach president Trump out of office."

On Sunday, Graham tweeted the letter he sent to Schumer saying, "The Senate should vote to dismiss the article of impeachment once it is received in the Senate," stressing that "we will be delaying indefinitely, if not forever, the healing of this great Nation if we do otherwise."

Graham told host Maria Bartiromo he has not yet heard back from the Democratic senator. Fox News did not immediately hear back from Schumer’s office.

Graham said impeaching a president after he leaves office is "insane at every level" and stressed that it "will create further division in this country."

"This is a Scarlet Letter impeachment where the Democrats are trying openly to disqualify President Trump from ever holding office again after he leaves office," Graham said. "This has never been done in the history of our country."

He went on to say that he believes "it is blatantly unconstitutional."

"It’s being driven by the radical left and what is Joe Biden doing? He's sitting on the sidelines and doing nothing," Graham said. "One phone call from President-elect Biden would stop this."

Graham added that "Joe Biden is off to a lousy start," saying that "it would be so easy for him in the name of healing this country to tell Schumer to stand down impeachment."

Graham went on to say that because Biden is not doing that he is "really worried that he's [not] going to stand up to the radical left on anything."

"I think we’re going to have in the first hundred days by the Biden administration the most aggressive socialized policy effort in the history of the country," he continued.

Ten House Republicans, including Rep. Liz Cheney of Wyoming, joined Democrats to impeach President Trump on charges of "incitement of an insurrection," making him the first president in U.S. history to be impeached twice.

Cheney, the No. 3 House Republican, faced blowback from other GOP leaders for her high-profile condemnation of the president.

On Sunday, Graham also had a message for his Republican colleagues in the Senate saying, "If we embrace an unconstitutional impeachment of Donald Trump after he's out of office, it will destroy the party."

"President Trump’s going to be the most important voice in the Republican Party for a long time to come," Graham said, adding that Trump will "accept responsibility for his part on January the 6th."

He went on to say that impeaching Trump after he leaves office is "not only unconstitutional," but it will "destroy" the Republican Party.

"I hope the Republican senators know that because it is a reality and it will not help the country," Graham said, adding that impeaching Trump after he leaves office "will be disastrous for this country and our party."

Graham did, however, acknowledge that the violence at the U.S. Capitol earlier this month "was one of the low points in my time in office."

"It was horrendous to see people come and take over the capitol, the House and the Senate, beat officers, defile the seat of government," Graham said, adding that Congress will "get to the bottom" of how that could have happened.

He then urged his Republican colleagues not to "legitimize an unconstitutional effort to impeach President Trump" because it will become "the model for the future."

"What you’ve done here is you impeached the president without one witness being called and not even having a lawyer," he added, noting that the "bad, rushed [and] emotional" move is "dangerous to the presidency."

"I hope every Republican will reject the second impeachment of President Trump," he stressed. 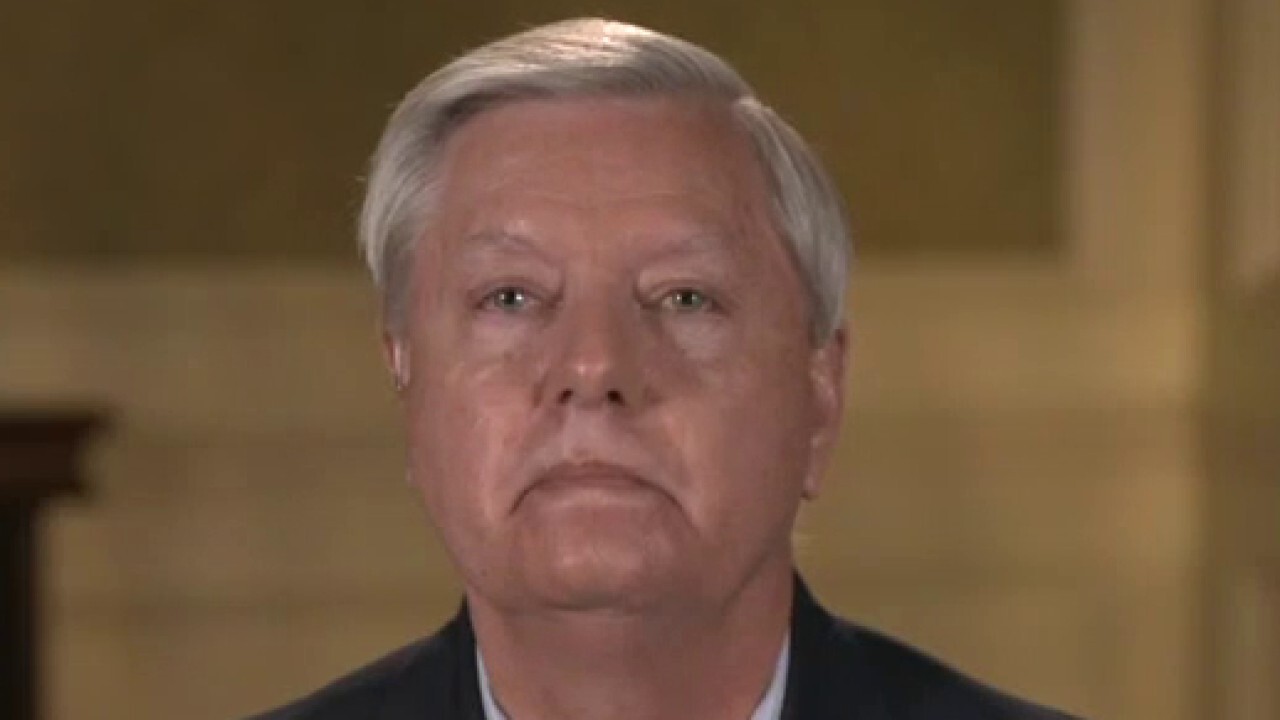 Graham also noted on Thursday that "there are a lot of people urging the president to pardon folks who participated in defiling the Capitol."

"I don't care if you went there and spread flowers on the floor, you breached the security of the Capitol, you interrupted a joint session of Congress, you tried to intimidate us all, you should be prosecuted to the fullest extent of the law and to seek a pardon of these people would be wrong," Graham said, adding that he thinks "it would destroy President Trump, and I hope we don't go down that road."

Among those requesting a pardon from President Trump before he leaves office this week is the attorney representing the so-called "QAnon Shaman," who stormed the U.S. Capitol in a bizarre getup, The New York Post reported.

Graham noted that rioters chose to storm the U.S. Capitol and that "President Trump never said go into the Capitol and try to interrupt a joint session of Congress."

Graham stressed that "that was the choice they made" and now the rioters need to face the consequences.